Nearly one hundered years on, the First World War grave sites in Europe remain some of the most potent advocates of peace we have on Earth. 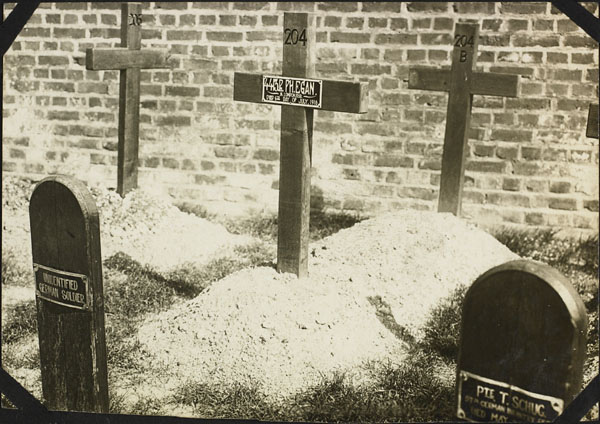 Earlier this summer I took my nine-year-old son Maus to Passchendaele. I wanted to give him some sense of the history, and the magnitude of horror which consumed so many young German and Allied lives in the First World War. Together we listened to the last post at the Menin Gate, the memorial dedicated to the tens of thousands of British and Commonwealth soldiers who were killed in the Ypres Salient and whose graves are unknown. We walked through the massive Tyne Cot Cemetery, following the ridge along which tens of thousands of Australian, Belgium, British, Canadian and German lives were sacrificed. Then we went to Vladslo.

Since moving to Berlin I have been deeply moved by the life and work of the artist Käthe Kollwitz, whose son Peter was killed – along with more than 25,000 other young, ill-trained volunteers – near Diksmuide in a 1914 battle which became known as ‘the Massacre of the Innocents’. After his death, Kollwitz began work on a sculpture, The Grieving Parents, which would occupy her for 18 years. On its completion she and her husband – who had acted as models for the work – travelled to Belgium for its unveiling, at the Vladslo War Cemetery.

Beneath a canopy of venerable trees, surrounded by trimmed hedges, Vladslo contains the remains of 25,644 German soldiers. Each gravestone is laid flat on the ground and bears twenty names along with rank and date of death. It is a peaceful, sombre, desperately sad place.  At its head kneel Kollwitz’s grieving couple, the eyes of the father figure gazing down on the stone before him, on which his son’s name is inscribed.

The cemetery is administered by the German War Graves Commission – Volksbund Deutsche Kriegsgräberfürsorge – which is responsible for the maintenance and upkeep of some two million German war graves in 45 countries.  Since the fall of the Berlin Wall, its most moving – and demanding – work has not been in Belgium or France but rather in countries which had been all but inaccessible to it since 1945.  In the last twenty years, 190 First World War cemeteries and 300 Second World War cemeteries have been built or reconstructed by the Commission in the former Communist bloc, and some 600,000 bodies reburied in new graves.

Largest among them is Sologubovka, the final resting place of over 30,000 German war dead, with capacity for a further 50,000 new burials. In this part of Russia, the bones of thousands of German soldiers are still found each year, according to the St. Petersburg Times.  The cemetery – which lies 50 miles southeast of St. Petersburg – has become a place of reconciliation between German and Russian youth, who search together for unmarked graves. Anti-German sentiment does linger for many of the older generation in the region, as many of the 700,000 Soviets who died during the Siege and Battle of Leningrad were killed by soldiers now buried in Sologubovka.

I didn’t expect my son Maus to comprehend the numbers of dead, or the reason for the wars.  After all, he has British, Canadian and German blood. At home in our apartment I’ve set on a window ledge some of our black-and-white family photographs: my father on the bridge of a Royal Navy corvette during the Second World War, my godmother in the uniform of Hitler’s Landarmee, Mrs. Cat’s Scottish grandfather standing beside his Sopwith Camel and her German grandfather in a Luftwaffe uniform. At Passchendaele, I reminded Maus that one of his grandmothers had driven an ambulance in London during the blitz, while another had witnessed the bombing of Dresden. What else could he ask but, ‘Why?’

The German War Graves Commission works for the ‘preservation of the memory to the sacrifices of war and despotism’. In 1922 at Tyne Cot, King George V said, perhaps while looking both at the ranks of markers around him and across the ridge to Vladslo, ‘We can truly say that the whole circuit of the Earth is girdled with the graves of our dead. In the course of my pilgrimage, I have many times asked myself whether there can be more potent advocates of peace upon Earth through the years to come, than this massed multitude of silent witnesses to the desolation of war.’ ■

Rory MacLean is the author of Falling for Icarus, as well as the UK bestsellers Stalin’s Nose and Next Exit Magic Kingdom.

This article was initially published on Rory MacLean’s Goethe blog.

One thought on “Remembrance and Peace: German War Graves Commission”