Having scrapped their Olympic bid for 2020, one can only hope Italy’s enthusiasm for belt tightening will now extend to curbing MPs luxurious lifestyles. 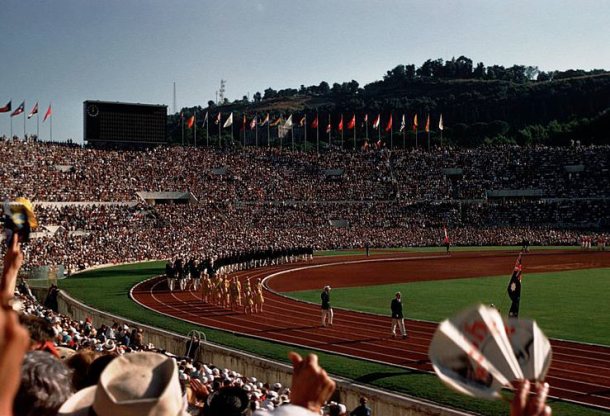 Such has been Italy’s capacity for organisational chaos in recent years that a common school of thought would argue that even had the country hosted Whitney Houston’s funeral, you can bet she would only have ruined it by turning up and singing the requiem.

Among the explanations was an opinion poll that contrasted starkly with earlier research, commissioned by the Rome Commune, which found that eight out of 10 Romans and 74% of all Italians apparently backed the bid. Even La Gazzetta dello Sport ruefully accepted that the majority of Italians no longer fancied whipping out their wallets to host the greatest show on earth. But beyond the nation’s budgetary black hole, the decision suggests that Italy might just have lost both its verve and nerve, as one blogger argued on the website of the national daily La Repubblica:

In general, I’d be in favour..[but]..I’m a pessimist. Italy’s image abroad isn’t so great and Monti, who’s spent a lot of time away, knows it…. Foreigners certainly still find us likeable, capable of great feats, but in terms of organization and cohesion they no longer believe in us. It might seem exaggerated, but even the Costa Concordia, added to the Berlusconi years, continues to worsen our image. Foreigners are no longer surprised that characters like Berlusconi and Schettino exist in Italy (as anywhere else) but they ask how, in this country, the former can be chosen by the people to govern the nation and the latter by his company for such an important role. Thus, the organization would need to be transparent to straighten out the usual establishment figures who love to be seen but cannot be trusted and will sink the bid.

History says he had more than one valid point.

Rome’s bid was ‘under the solid leadership of my friend Mario Pescante’, assured IOC chief Jaques Rogge. That would be the same Mario Pescante who resigned as Italian Olympic Committee (CONI) President amidst a doping scandal, in the 1990s, only to return to take charge of the final phase of Turin’s preparation for the 2006 Winter Olympics: a tournament that has left white elephants across the city. Supported by Franco Carraro, the former Rome Mayor whose administration collapsed under corruption allegations, and Gianni Petrucci, the current CONI head, now on his fourth term of office, experience certainly wasn’t lacking.

All were involved in the preparations for the Italia ’90 World Cup finals that saw a new railway station built in Rome and closed after one match; a stadium built in Bari for 60,000 that has almost never been filled since; plus bypasses in Aosta and Catania and a new stadium in Padova, all cities where the tournament didn’t go. Worse still, 24 construction workers died and 648 were injured while working on unregulated sites being funded by less than transparent contracts.

In 2009 a number of swimming pools were built across the capital, theoretically for that year’s World Swimming Championships. Situated in private clubs and funded by public money, many were unfinished at the time of the event. Throw in the humiliation of Italy’s resoundingly rejected candidature for the 2016 European football championship, and its hard to form a case against Monti’s decision.

But there remains a nagging doubt that an opportunity to regain credibility while stimulating development and economic growth might have been missed. Even if one has to question the wisdom of Madrid’s bid, given Spain’s even deeper economic problems, the government’s commitment to hosting the Games seems a clear leap of faith in the country’s future and capacity to deliver. If it was good for Madrid, why not Rome? Have those braggadoci Italians lost faith in themselves, yet again?

In 1905, the IOC founder, Baron de Coubertin, came to assess Rome’s bid to host the 1908 tournament, which was firmly supported by King Victor Emmanuel III and the Mayor, Prospero Colonna. In economic crisis following a collapse in property prices, and with insolvent banks, the situation was somewhat familiar. Afraid that facilities weren’t up to scratch and the country risked international embarrassment the fears of Angelo Mosso, one of the founding fathers of modern Italian sport, and Prime Minister Giovanni Giolitti saw Italy quietly withdraw and London carpe diem.

But money was equally tight in 1955, when Rome was finally awarded the Games. Despite the flow of US Marshall Plan aid, few could have then predicted that in 1960 Italy would be cavorting in the midst of an economic boom and Anita Ekberg in the Trevi Fountain, as La Dolce Vita climaxed with impeccable timing.

Hosting the Games on two sites required a link road that scarred the western side of the city and raised land prices around it, much of which was owned by the Vatican. An urban planning disaster, Rome 1960 still put a renewed, rejuvenated and rebranded Italy back on the international tourist map.

While Rome 2020 might have had the potential to achieve something similar, good sense left no other option. For despite sport being embedded in the nation’s history, few Italians give a flying Franco Carraro. A welcome free hit and signal of intent for Monti’s austerity empire, one can only hope the enthusiasm for belt tightening will now extend to curbing MPs luxurious lifestyles and enforcing the Church to finally begin paying land tax. Now that would indeed be super, Mario. ■

Image shows the opening day of the 1960 Olympic Games in Rome. Courtesy of Wikimedia Commons.

One thought on “Roma Bocciata”