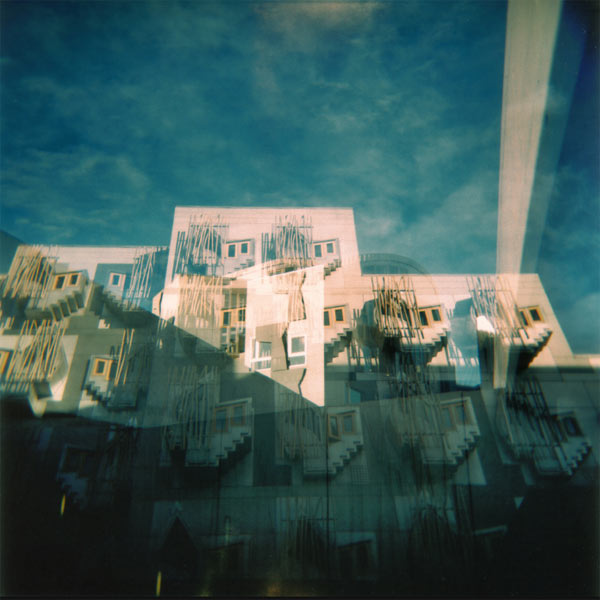 ‘For the first time since the Union, they will have it in their power to determine whether Scotland is to recover the management of its own affairs.’ This invocation of the rights of the Scottish people would not appear out of place amongst the literature currently being issued by the Scottish National Party (SNP) as it mounts its campaign for a referendum. However, this claim was in fact made more than a century ago by a member of the Scottish Home Rule Association (SHRA), an organisation which set out to defy the notion that Scotland was better off in a partnership with England. The SNP maintains that its origins can be traced back to the 1920s and 1930s, and Alex Salmond, in the party’s latest guide to independence, refers to devolution as ‘home rule’. Yet surely a debt is also owed to the SHRA, a group that fought in the late-nineteenth century for ‘the restoration to Scotland of the right of self-government in its own domestic affairs’.

The history of Scottish nationalism in the late nineteenth-century has been dominated by the concept of ‘unionist-nationalism’, a term coined to explain the absence of a resistance-centred national identity. According to this interpretation, the Union with England was not regarded as an imposition in the same way it was in Ireland. It instead provided Scots with an opportunity to express their nation’s distinctive attributes within a wider British and imperial framework. The establishment of a partnership-based relationship with England thus allowed for the development of a successful, non-defensive style of nationalism, capable of achieving Scotland’s desires without a parliament of its own.

However, against this tide of ‘unionist-nationalism’ there emerged a more deviant strand of thought, expressed in defiance of mainstream opinion. Deviating from the accepted attitude, the Home Rulers of the 1880s and 1890s articulated a vision of Scotland that was anything but confident and secure in its relationship with England. In so doing, it reappraised the positive vision of the Union as a harbinger of progress, with one pamphlet declaring that the opinion ‘that anything but good came to Scotland by being united to England is so extraordinary as to be past belief’. Instead, it was the ‘practical character’ of the Scots that had enabled them to ‘make the best of a bad bargain’ with the ‘predatory partner’ England.

At the heart of the movement lay the conviction that Scottish affairs were neglected at Westminster and dismissed as being of only secondary importance. In contrast to the unionist-nationalists, deviant nationalists feared that Scotland was not represented as a nation in parliament, making it all the easier for the English to ‘quietly ignore’ national sentiment north of the border. From this arose the fear that Scotland would be ‘be degraded to the position of a mere province of England’. In order to combat this dangerous trend, the SHRA launched a two-pronged attack.

In the first instance, it strove to stimulate discussion. Initially, the SHRA set itself up as ‘an educational agency’, concentrating chiefly on the distribution of a vast body of literature. The evils of incorporation, the ‘plundering’ of Scotland through excessive taxation and the undermining of Scottish nationality were all driven home in pamphlets and posters which stressed that ‘Scotland can never be free and prosperous whilst her Laws are made in England.’ This literature was regarded as particularly dangerous by the movement’s opponents, with one MP warning that the ‘thousands of pamphlets…circulated in Scotland’ could only serve ‘to revive again the almost extinct fires of…bitterness and jealousy’.

Secondly, although claiming no political affiliation, Home Rulers slowly infiltrated the ranks of the Liberal party, which had dominated Scottish politics for half a century. By 1888, they could claim that that ‘at every important conference of Liberal Associations…a resolution had been unanimously passed in favour of Home Rule for Scotland’. In spite of this success at the rank-and-file level, it remained an uphill struggle to secure recognition of the support for devolution from the party leadership. The Scottish Liberal Association (SLA) was urged to take into account the prevalence of such resolutions, but no joy was to be found. The SLA’s president Lord Elgin made it abundantly clear that not only was the SLA as an organisation reluctant to commit itself to Scottish Home Rule, but that he, personally, sought to avoid doing so.

Unsurprisingly, anger towards the Liberal party soon built, and Home Rulers increasingly sought to distance themselves from this frustrating relationship. They did this by both openly condemning the Liberal party and by flirting with the politics of organisation. The party was slammed by the Association for its ‘insidious attempt’ to confine the Home Rule policy to Ireland and was condemned for allegedly betraying a trust earned through decades of support from the Scottish people. By 1892, the relationship between Home Rulers and the Liberal leadership was strained to such an extent that the SHRA withdrew its support from the party. In the same year, the SHRA’s prospectus detailed a change in direction, requesting the supply of funds for the creation of an active committee in ‘every constituency’. It was evident that ‘Scottish Home Rulers must agitate and organise if their influence is to be felt in Parliament’.

It had thus already become clear by the 1890s that if the agitation for Scottish self-government was ever truly going to get off the ground, the campaign would have to be conducted in defiance of both the Westminster system itself and its political parties. One hundred and twenty later, it appears that Salmond may have to pursue a similar course. When he first announced plans for a 2014 referendum earlier this year, he accused the British Prime Minister David Cameron of a ‘blatant attempt to interfere’ with Scotland’s ‘right’ to determine the timing of the poll. This ‘right’ has now been called into question by Westminster. A recent report by the Scottish Affairs Committee suggested that the claim to hold a referendum rests on a ‘dubious legal basis’. The Union is described as a ‘reserved matter’, a clever device of the devolution settlement designed to restrict any deviant, non-unionist-nationalist impetuses toward further independence.

According to the Committee, ‘the Scottish Parliament has no powers to hold either a binding or an advisory referendum on constitutional change.’ It is a lasting irony of the nineteenth-century Home Rule question that those Scottish MPs present in the Westminster parliament do have the power to effect constitutional change, sitting as they do in what was then known as the ‘Imperial Parliament’. The logic remains therefore much the same as it was then: the divisibility of ‘local’ and ‘national’ questions can only go so far. Opponents of William Gladstone’s first Irish Home Rule Bill claimed that it was impossible to separate ‘Irish’ from ‘Imperial’ affairs. ‘Scottish’ affairs, however, were easily recognisable and thus separable, advocates of Scottish devolution claimed. Why one was possible and the other not suggests something quite powerful about the prejudices of nineteenth-century politicians. That Westminster can now potentially deny the devolved Scottish administration the legal basis on which to hold a referendum is a clear indicator that the Union remains within the sphere of what would once have been called ‘Imperial affairs’.

Whatever Salmond decides to do next, it should not be forgotten that he is not the first to take the fight to Westminster. Indeed, at its heart, the battle to secure a referendum has the very same object as the SHRA itself:

we desire to bring before the people of Scotland the importance of giving expression to their opinions, and that at once; for no better opportunity is likely to be afforded them of securing their national rights. ■

Naomi Lloyd-Jones is an AHRC-funded PhD student in the history department at King’s College London, researching a four nations history of the Irish Home Rule crisis. You can follow her on Twitter @beingahistorian.