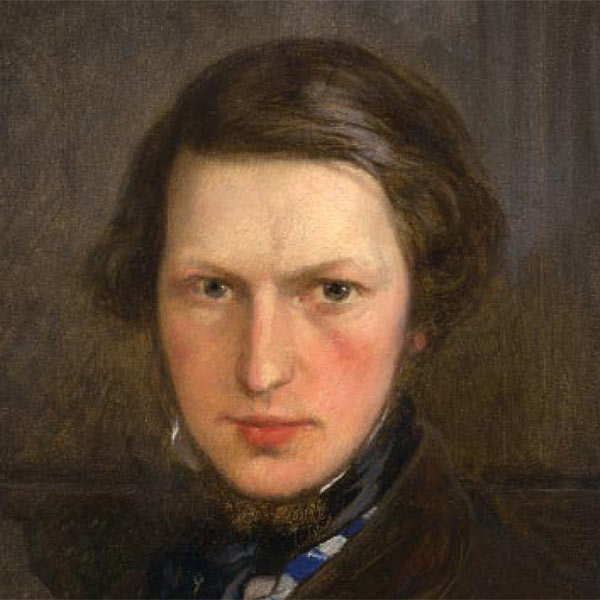 For many years Ford Madox Brown’s life (1821-1893) was not a game. It was late nights, labour intensive brushstrokes, relentless industry, intellectual effort, no proper recognition, family deaths, and grinding money worries. But for a few glorious years during his mid-forties he enjoyed new exhuberance, a public profile, a healthier income and a position at the centre of London’s bohemian life.

In 1865 he staged an innovative retrospective exhibition, one of the first artists ever to do so. William Gladstone, then Chancellor of the Exchequer, paid a surprise visit and shook Brown by the hand. The show and the gesture brought him unexpected fame and attracted new buyers. He wrote the catalogue himself, sold over two thousand copies at a sixpence each, and more than three thousand people paid a shilling to gaze at a hundred pictures of half a lifetime. The exhibition was shaped like an autobiography, leading the visitor ever onwards to the heart of the show, Brown’s great canvas Work.

Inviting Victorians to look at a mirror image of their own stratified society, it was also a monument to his own career of unremitting artistic labour. The show signalled the beginning of a new phase of life for Brown. He moved with his wife Emma, daughters Lucy and Cathy and son Oliver, from London’s rural Highgate to fashionable and expensive Fitzrovia. At 37 Fitzroy Square his salon and parties would become a focus for London’s intelligentsia over the next decade.

One evening soon after moving he felt buoyant enough to play the popular Victorian parlour game ‘My Favourite Things’. The record of the games survives in the Morgan Library, New York. On the left are the standard questions posed in the neat blue ink of another hand. Brown’s answers flow down the opposite column in his large, free emphatic black script, characteristic of his most confident moods, signed and dated at Fitzroy Square, 2nd October 1866.

Answers transcribed underneath, and the less said about his favourite food the better. 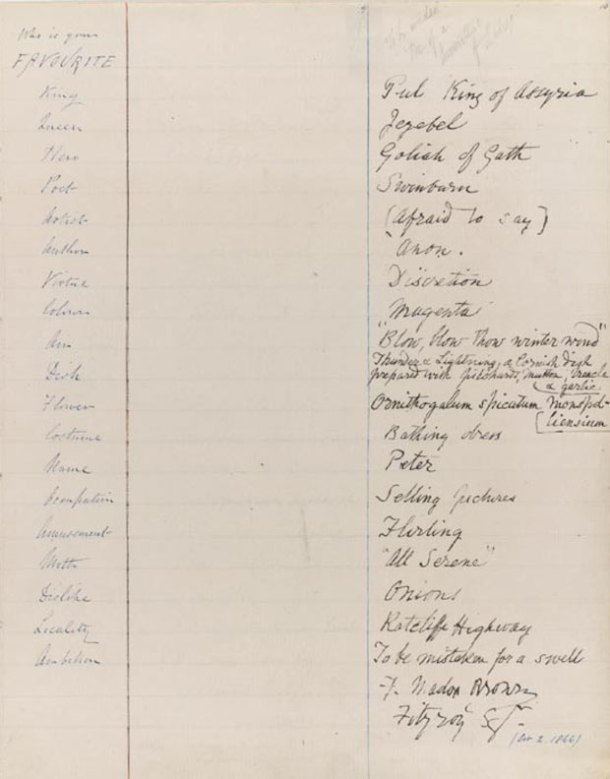 Who is your FAVOURITE 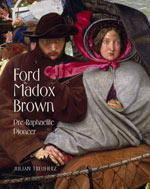