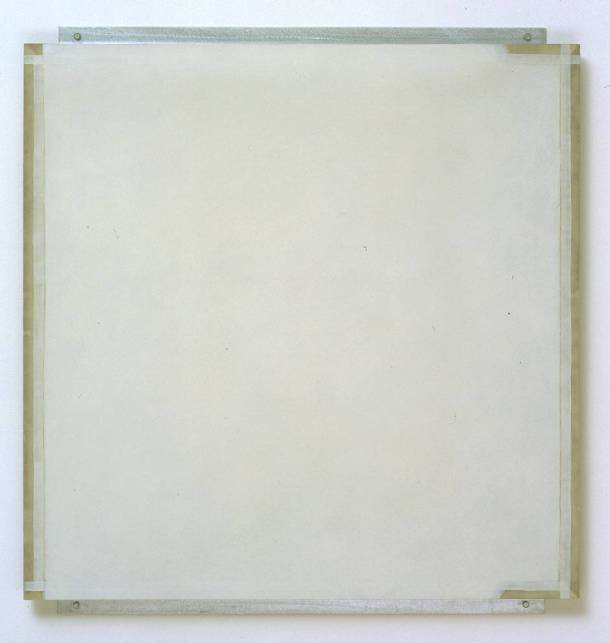 Published in 1435, Leon Battista Alberti’s De pictura contained what arguably was the first recorded instance of painting being likened to that of an aperta finestra or open window. To this end, the function of painting was to provide a view that opened out onto the world of appearances. Tacit within this analogy was the understanding that painting was essentially a transparent medium, i.e., in the process of disregarding the painting’s evident materiality you looked instead, figuratively speaking, somehow through the painting in order to appreciate the ensuing scene that, in Alberti’s case, the Renaissance artist had pictured.

Of course, the analogy that we have inherited runs counter to, on one level, modernism’s emphasis upon what was construed as the artwork’s physicality. In this sense the trajectory we could trace runs from the understanding of painting as an inherently transparent medium to a more broader conception of the artwork as being tendentiously opaque. That is, it no longer represents some aspect of the world but ultimately resides as some equivalent aspect within the world. Whilst this particular understanding was felt perhaps most keenly with Minimalism during the 1960s with its truth to materials credo and its proclivity to eschew what were perceived as the inherently false and outmoded trappings of illusionism, certain artists sought to approach painting within what were broadly the same set of terms.

One such artist was Robert Ryman and, in certain respects, Guild (1982) lends credence to the claims that were being made on behalf of the artwork by Minimalism some fifteen years previously. Moreover, Guild is not only imbricated with a set of histories which, in addition to Minimalism also include the monochrome, a sub-category of abstract painting that for some at least became representative of its logical end point, but is also emblematic of Ryman’s singular and indeed ongoing enquiry into the physical components or constituent parts that go to make up painting’s whole. In addition, the immediately striking characteristic of Ryman’s oeuvre is the fact that from towards the tail end of the 1950s the artist has only worked with white paint. However, rather than close off the practice, this strategy allowed Ryman to direct a series of fundamental questions towards painting’s status and ostensible condition, allowing in the process their purported sameness to reveal subtle and often telling differences. Moreover, Guild is but one instance that demonstrates the artist’s almost uncanny knack of being able to show painting’s opaqueness with exacting clarity. CS

View a larger image of the painting here.