With competing struggles over space, identity and memory, how should understanding long-term conflict in the Middle East be addressed? 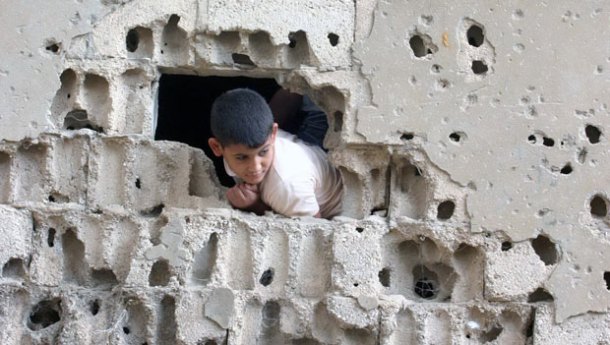 The highly visible Arab uprisings that kicked off in earnest in 2011 in different countries of the Middle East and North Africa are attracting much scholarly interest and public attention elsewhere, but ongoing, unresolved, and potentially explosive long-term conflicts in Palestine and Lebanon remain equally compelling, not the least because of competing struggles over space, identity, memory and cultural politics.  While history and politics reveal much about why these conflicts, namely the Israel-Palestinian conflict and the Lebanese long-term internal and external conflicts, started, why they continue, how they could be resolved, and how they have or might influence local, regional and international relations, there remains scope to explore how these conflicts are narrated by competing parties, actors and interests, and what these narrations mean for ordinary people in their daily lives.

Narrating everyday struggles and memories in diverse spaces and forms – the media, books, music, the arts and film productions, among others – has been an important tool for making visible personal and collective histories of struggle and domination, and for remembering forgotten histories. While there is no doubt that narration is a situated ongoing process that can be partial and intentional, there is also no doubt that narration is a common social practice of the everyday, and as other social practices of the everyday and the banal, narration needs to be taken seriously if only to provide different truth than the one promoted by elites in history books and in history.

For Palestinians, narration has been an important practice of survival and regeneration since the Nakba of 1948 when the state of Israel was created and thousands of Palestinians expelled from their historic homeland. The event of the Nakba has spurred a folk culture conveyed by songs, ballads, poetry and narratives formed around three motifs — the praise and memory of the lost paradise from which Palestinians were expelled, lamentation about the present and the depiction of the imagined return. This culture of telling has informed some of the most durable collective memories that have shaped Palestinian popular discourse and collective memory for more than six decades, despite the dominance of the ‘other’ counter-narrative, that of Israel.  The literary and cinematic practices of narrating the Palestinian-Israeli conflict have been starkly evident in different forms of popular culture -novels, such as those of Palestinian writer Emile Habibi, films like those of Elia Suleiman and poetry including the evocative and emotive works of Mahmoud Darwish. Narrating the conflict is also evident in the different practices and productions of cultural/political memories that tell personal stories about Palestinian experiences of the conflict in Palestine and the diaspora.

Likewise for Lebanon which has experienced long-term internal and external conflicts, some of them involving Israel. Here, narration has been a way of dealing with difficult memories and events, and a way of constructing and negotiating what it means to be Lebanese. Again narration is evident in literature, film, music and art work that can be seen as counter-hegemonic productions aimed at troubling dominant representations of the long-term Lebanese conflict. The documentation and archiving of this conflict, particular the civil war that began in 1975 and ended in 1990, its memories and associated traumas were always subsumed within diverse cultural practices in the formal and informal spheres of everyday life. Indeed, the multiple forms and layers of violence which were created, sustained and perpetuated during the Lebanese civil war that began in 1975 and ended in 1990 as well as continuous tension between the country’s various political groups and sects have constituted a recurring theme in numerous novels and other forms of cultural production presented by Lebanese writers and artists living in Lebanon and abroad. The experience of living through a civil war predominantly controlled and manipulated by militia fighting, by military intervention, by, the killing and kidnapping of thousands of people, and the destruction of cities and villages, has resulted in a collective trauma for both younger and older generations of Lebanese descent. But also crucially, Israeli actions in Lebanon, including the occupation of south Lebanon for over 22 years between 1978 and 2000, and the 2006 War, provide fertile ground for subversive popular politics that finds outlets in diverse forms of cultural expression and media.

Narrations of events, lives and experiences, while subjective, can play a central role in the production of historical records about these conflicts and should not be overlooked. ■

Dina Matar is Director and Senior Lecturer at the Centre for Media and Film at SOAS. A former foreign correspondent and editor covering the Middle East, Europe and Africa.

Zahera Harb is Senior Lecturer in International Journalism at the Department of Journalism, City University London and a former broadcast journalist in Lebanon working for Lebanese and international media organizations.

Their new book is Narrating Conflict in the Middle East: Discourse, Image and Communications Practices in Lebanon and Palestine.