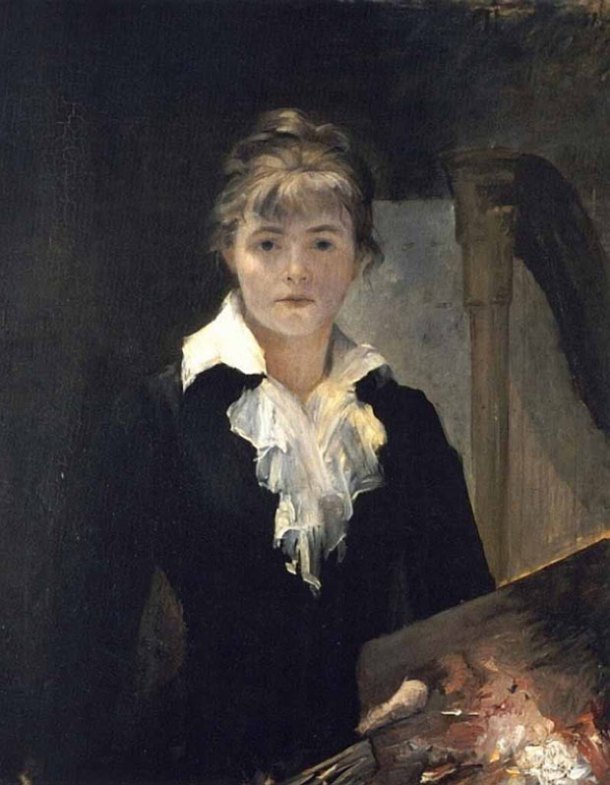 The contradictions between the great artist and the woman during the nineteenth-century are dramatically documented in the diaries of the painter Marie Bashkirtseff, which she kept from the age of five until her early death at twenty-four. They explain her driving need to be an artist, express her acute frustration when her ambition was blocked, and expose all the demands, drawbacks and status that the identity ‘artist’ had acquired by then. For she not only wanted ‘greatness’, she wanted it as a woman:

For when I leave the Prix de Rome all the Tabanias, all the Mercuards, all the Landerels [male friends] will lie down on a carpet and I shall walk over them not to crush them – but – it will be they who wish it from the moment when I am what no woman artist has ever yet been. (Quoted in Nochlin and Sutherland Harris, Women Artists 1550-1950, 1976, p.256)

Her background, described with pride in the diary as ‘Old provincial Russian nobility… intellectual… brave… cultured… powerful’, links her to those noblewomen of a past age whose membership of a cultured elite facilitated their practice as artists. Her self-portrait (above) recalls those of Anguissola and van Hemessen, for she shows herself with musical as well as painterly attributes. But the vindictive resentment which she confessed to her diary records the difficulties she encountered because she was an aristocrat. By the late nineteenth century a woman of her class was expected to display accomplishments, not to pursue a professional career.

In her diary she commented: ‘A vain creature like me must stick to painting, for that is an imperishable work’. Her ambitions were a result of her desire to escape the expected passivity of a woman’s life, yet the way she expresses her determination – in terms of vanity, whereas a man would have regarded it as legitimate ambition – shows how she was undermined from within. She was constantly impeded both by the external and internalized barriers of the social definition of femininity: ‘Yes, I with all my impulses, all my immense fever for life, I am always stopped like a horse by the bit. It foams, it rages and rears but is stopped all the same.’

One of the constraints that held her back was profound conflicts between the need for fame to gratify ambition, the need for fame to confirm her as an artist and the belief that fame would bring her love as a woman. But, as Marie Corelli pointed out in her story ‘Nehemiah P. Hoskins, Artist‘ (1896), fame for a woman was more likely to ensure suspicion, jealousy and infamy, than to win love. And while, for a man, love may be a social status, for Marie Bashkirtseff it was a central issue, although her motives were confused and contradictory: ‘To be celebrated and to be loved, as Balzac said, that is happiness… yet to be loved is only an accessory or therather the natural result of being celebrated.’ She wanted to be great in her own right in order to avoid another ‘feminine’ trap. The merely vicarious recognition of being loved by a famous man:

If I were to become a great painter, I should have the right before my own consciousness of having feelings and opinions of my own. I might have been happy in being nothing but the beloved of a man who would be my glory… but now I must be somebody in my own right.

The choices were stark – independence of mind or complete submission to another, solitary success or supportive suborndination. These oppositions were neither necessary or inevitable. Yet they were disastrously real to nineteenth-century women.

To satisfy her pride, ambition and need for love, Marie Bashkirtseff had to be great, but there was no longer any model for a female genius. ‘The legend of the woman artist,’ she wrote, ‘a vagabond, a perverted being without industry or talent – repulsive, hungry, beautiful,’ no longer existed. To Bashkirtseff, women artists – now so numerous – were simply seen as dull. She reacted to the mediocrity of being merely another woman artist by proclaiming ‘there is nothing of the woman about me but the envelope’. She dreamed of confounding ‘the idiots who think that my painting is the amusement of a woman of the world’ and who, because she was ‘so pretty and well dressed’, did not believe she painted her own pictures.

She struggled to find ways of breaking through the feminine stereotype of the woman artist and the social stereotype of a woman of her class. But she faced another, perhaps more acute battle of how to reconcile her sense of herself as both an object, a beautiful woman, and as a subject filled with an ambition that by date could only be described as masculine. While, like the letters of the more famous Van Gogh, Bashkirtseff’s diaries constitute a discourse on the modern artist, her introspection and self-analysis is marked by the social construction of the split feminine identity. She watched herself, sometimes as the object, with narcissistic fascination at her own beauty, and at other times as though from a distance: ‘I am my own heroine… I am so peculiarly constituted that I regard my life as something apart from me and on that life I have fixed all my ambitions and hopes.’

In the last months of her life, suffering from tuberculosis, she struck up a friendship with another young artist, Jules Bastien Lepage, who was also dying. Yet her narcissism and detachment persisted. Four days before the diary ends Bastien Lepage was carried to see her:

I was dressed in a cloud of white lace and plush, all different shades of white; the eyes of Bastien Lepage dilated with delight.

‘Oh if only I could paint’, he said

Finis. And so ends the picture of the year.

The diaries are not only a record of her personal struggles and aspirations, but reveal, as no painted self-portrait could even suggest at that date, how, for women artists, nineteenth-century femininity, divided within itself – object of sight and constant surveyor of self, as seen by others’ eyes – was  in direct opposition to contemporary notions of the artist. In The Second Sex (1949), Simone de Beauvoir used Bashkirtseff’s diaries extensively in her study of the social construction of femininity in modern times and concluded:

What woman essentially lacks today for doing great things is not forgetfulness of herself, but to forget oneself it is first of all necessary to be firmly assured that now and for all the future, one has found oneself. 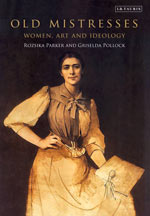 The above article is an edited extract from Rozika Parker and Griselda Pollock‘s Old Mistresses: Women, Art and Ideology. Newly re-issued, this updated edition offers a radical challenge to a women-free Art History.