Thomas Schneider digs for some answers. 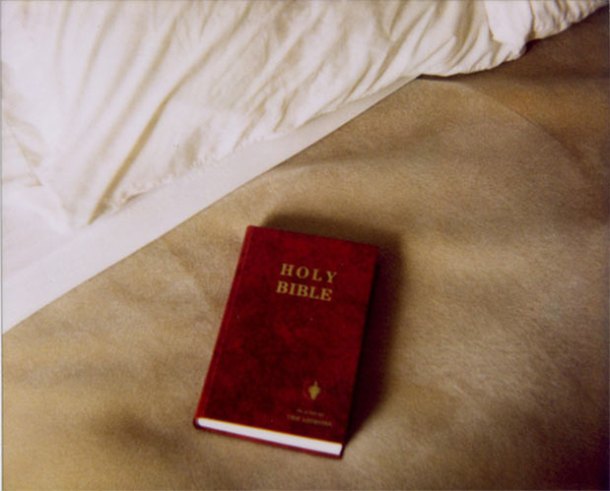 Ever since Egyptian texts became widely known in the second half of the nineteenth century, scholars began searching for ancient Egyptian parallels to biblical texts. At first, their goal was to confirm the scripture, while later it was to situate the Bible in the wider cultural context of the Near East. A significant Egyptian influence can be detected in genres and literary motifs of the Old Testament. Scholars also assume Egyptian influences on the Psalms, Ecclesiastes (Koheleth), the priestly creation story, and other texts. Often, however, these texts and motifs have been compared with the easily accessible (for modern readers) texts from the Egyptian New Kingdom, when what should actually be consulted is the literature of ancient Egypt’s later periods.

In the literature of Egypt’s Late Period (664–332 bce) we find clear parallels to motifs in the oft-cited Psalm 104, the Song of Songs, and the book of Job. Perhaps the best-known example can be seen in Proverbs 22.17–23.14, which borrows from the Instruction of Amenemope, a wisdom text in circulation at least as late as Dynasty 26—that is, the sixth century bce. The atmosphere and character of the Egyptian Late Period is clearly visible in the descriptions of the story of Joseph and Israel’s stay in Egypt, where there are also similar literary motifs, as, for example, the contest between Moses and Pharaoh’s magicians (Exodus 7) and the similar contest between Siosire and the Ethiopian magicians in the Demotic cycle of Setne- Khaemwese. In addition, the criticisms directed at kings in the books of Chronicles find parallels in Egyptian ‘apocalyptic’ works.

Numerous religious concepts also have Egyptian parallels: man as God’s image, the concept of God as shepherd, the weighing of the heart, the forming of men on a potter’s wheel, the discovery of sacred books in order to legitimize religious reform, and so forth. The Hebrew of the Old Testament also displays a certain Egyptian influence in the area of vocabulary and idioms: for instance, ‘face between his knees’ in the story of Elijah; the expression ‘standing and sitting’ in the sense of ‘comport oneself’; the term ‘way of life’; the comparison of the prophet Jeremiah with a ‘bronze wall’; ‘burning coals on the head’ as a metaphor for penitence; and the designation of God as ‘sun of righteousness.’ These literary and linguistic borrowings are part of a much wider cultural influence that Egypt had on Israel, as has been pointed out in recent decades by Othmar Keel.

In addition to textual borrowings, this influence is found in imagery as well, and is especially clear in the iconographic material from Palestine, in particular, representations on seals. One example of Egyptian influence is apparent in the solar symbolism of Yahweh belief in Israel and Judah during the eighth century bce, which incorporated the Egyptian sundisk and Uraeus serpents. ■ 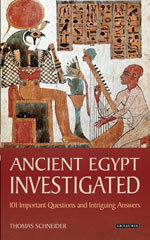 This article is taken from Thomas Schneider‘s new book, Ancient Egypt Investigated: 101 Important Questions and Intriguing Answers, which is out now.