National identity is a funny old business, shaped as much by beliefs, fears and contradictions as they are by anything tangible. 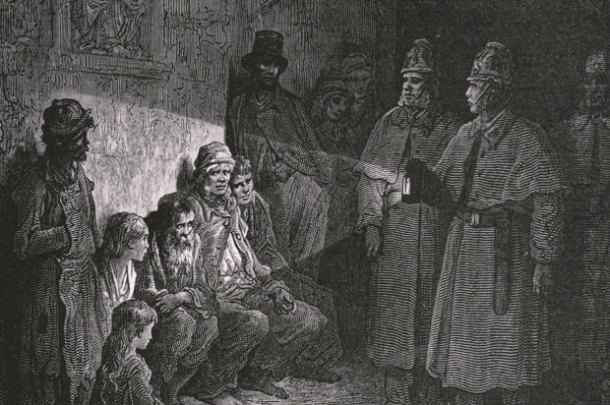 ‘The British are special. The world knows it. In our innermost thoughts, we know it. This is the greatest nation on earth.’ (Tony Blair, 2007, farewell speech)

‘The Knight in the triumph of his heart made several reflections on the greatness of the British Nation; as, that one Englishman could beat three Frenchmen; that we could never be in danger of Popery so long as we took care of our fleet; that the Thames was the noblest river in Europe; that London Bridge was a greater piece of work than any of the Seven Wonders of the World; with many other honest prejudices which naturally cleave to the heart of a true Englishman.’ (Joseph Addison, 1712, writing in The Spectator)

The story of Britain and what it means to be British is a story about competing frames of national identity and those who have championed them. As the challenges of devolution and European integration dominate contemporary headlines about what Britain should and shouldn’t be in the 21st century, it is worth pausing to remember that the idea of ‘Britain’ has always been contested, and always will be.

For much of British History, what has shaped national identity has been a sense of the ‘other’ – some force against which the British could define themselves. Linda Colley’s seminal book Britons showed how wars with the Catholic French in the eighteenth century shaped the nation of ‘Britain’ out of the composite nations of England, Scotland, and Wales. Ireland – a composite part of the Union from 1801 – remained a separate and uneasy ‘other’.

The ‘other’ could be internal as well as external. For example, for much of Britain’s modern history, Catholics, Jews, Atheists, and nonconformists were unable to sit in Parliament. To quote the Earl of Clancarty in the 1858 debate to allow Jews to sit in the House of Commons:

Interwoven as Christianity is with the whole system of our Government both in Church and State, I see no way by which, without offence to the cause of truth, you could commit the interests of the Church and the framing of our laws to any who deny Christ and reject the divine laws.

Such exclusions were only lifted when ideas of Britishness were re-shaped during the nineteenth-century away from focussing on religious ‘otherness’ to focussing on moral values. A new class of ‘other’ emerged with prostitutes and homosexuals targeted by the law as being ‘un-British’. The Boulton and Parke trial of 1870 saw Lord Chief Justice Cockburn throw a protective arm around his nation:

The first and greatest attribute of a great nation is the moral character of its people. The second which is one of almost equal importance is the sacred cause of truth and justice.

Victorian values became synonymous with what it meant to be British.

Two world wars and a lost empire later, Britain joined itself to Europe, but has never quite stopped seeing Europe as the ‘other’. Britain has Pounds, not Euros. It counts distance in miles, not kilometres. It has the Common Law, juries, and a sense of fair play. It has cricket. To quote David Cameron in his 2012 speech on Europe, Britain has ‘…the character of an island nation – independent, forthright, passionate in defence of our sovereignty.’

Britain then is a country apart, a favoured nation of destiny, an indissoluble group of hearts and minds that cleave unto each other as Rule Britannia is played at the Last Night of the Proms.

At the start of a new century, this kind of ‘them and us’ national identity has begun to fragment as constituent parts of the British Isles realise they have less in common than the earlier frames of history suggest. England might have the Common Law, but Scotland has its own legal system, and has done for hundreds of years. England might worship cricket, but Scotland does not, and Welsh rugby likes nothing better than beating the English. Generations of new immigrants have diversified what it means to be British by showing that all religions and ethnicities can be ‘British’. In the process, they have shattered the idea that identifying internal ‘others’ is an acceptable way of buttressing national identity in the 21st century.

Whatever the outcome of the Scottish referendum in 2014, and the next general election due in 2015, questions of national identity will remain at the forefront of British politics. The idea of ‘Britain’ will continue to evolve, as it should. It is a debate not to be feared but rather embraced; because history doesn’t stand still and neither does national identity. ■

Dennis Grube is a Senior Lecturer in Government and International Relations at Griffith University in Brisbane, Australia. His new book is At the Margins of Victorian Britain: Politics, Immorality and Britishness in the Nineteenth Century, detailing the laws and conventions which were legally and culturally enforced in order to bar ‘others’ from gaining power and influence in Victorian Britain.

Top image shows a details from The Bull’s Eye by Gustave Dore.