In an extract taken from Alistair Carr’s new book The Nomad’s Path, Carr describes the events leading up to his discovery of Manga, one of Africa’s most wild, unexplored and remote regions. 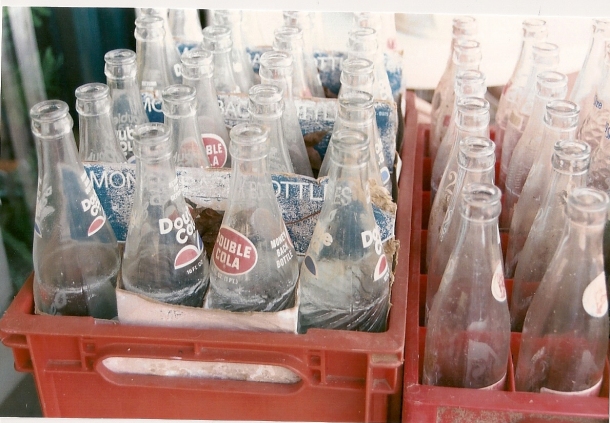 The swollen Niger seemed to throb as an amber sun disappeared behind a distant ridge of silhouetted undulations. The bridge across the river was dotted with pedestrians and fleeting traffic and, on the bank’s lip at the far side, the shadow of a man stood beside two camels that craned their necks towards the sturdy current.

I sat on Le Grand Hotel’s expansive terrace, stirring an ice-filled glass of Coca-Cola with a yellow straw, while listening to Akly talk about the rebellion. Between his animated sentences, I became aware that the white plastic tables around us were slowly being occupied by French expats, mostly men in jackets, as local waiters threaded silently amongst their former colonial masters. There was an agitated sizzling from somewhere behind us, and the air was fragranced with spicy kebabs as dusky shades settled over Niamey and beyond.

The Institut Géographique National map of Niger I had bought in London was spread out in front of us, like an unfolded, starched tablecloth, and I watched Akly’s index finger skirt along the fringes of the Aïr before circling specific mountainous areas that, from the topography, appeared to resemble vast fortresses.

‘There may be,’ he observed, ‘as many as a thousand rebels equipped with up to forty 4×4s. Most expats with commercial interests in Agades have moved to Niamey,’ he continued. ‘L’Auberge d’Azel is open, but I am advising clients not to go. The only customers we’ve had in the last few months are from either the Red Cross or Médecins Sans Frontières.’

‘What do you think about travelling south from Agades to Katsina with a Tuareg caravan?’ I asked.

‘I don’t think you should go to Agades,’ he advised in rapid French. ‘Even if you do get permission you will only arouse suspicion and, if you travel with Tuaregs, you’ll be endangering not only your own life but, because you are a white man, theirs too.’

I could not think of an appropriate response, but my glum expression did not require translation. As my eyes roamed over the map, and the areas free of rebel activity beneath Agades, I saw Zinder and, from there, glanced east to a town called Nguigmi on the border with Chad.

‘What about here?’ I tendered, pointing to the geography north-east of Zinder.

‘There has been no reported trouble there, so you should be all right,’ Akly replied, peering into the region I had outlined. ‘Good,’ I murmured. And I remembered a conversation about a forgotten nomadic land that had no contact with the modern world.

Akly, in his early fifties, explained that, as a boy, he spent two years in Nguigmi when the shores of Lake Chad lapped up to the small conurbation at the foot of the Old Salt Road. He remembered fishing its waters, and hunting duck and other game along its lush green banks; today, in one of nature’s more recent statements, Lake Chad has receded to such an extent it is now one hundred and fifty kilometres from the town. Akly’s French father was a cartographer, who mapped the region to the east of the Aïr Mountains, and his mother was a Tuareg. This genealogical composition was elegantly blended in him: mahogany-coloured eyes and subtly hawkish contours complemented a golden complexion.

We discussed the mine that had exploded two days earlier, the first in the city’s history, and I learnt that one person, a journalist, had been killed. Nobody had claimed responsibility, and the Tuareg rebels had sent a missive to the authorities disclaiming any part in it.

‘There is such an atmosphere of suspicion with the rebellion and the arrest of the French journalists’, Akly observed, ‘that mobile phone calls, particularly international ones, are being tapped.’

‘I noticed an odd distortion when I rang home earlier – I wondered if that was the reason. Someone must have been listening in.’

I had been aware, before I arrived, that Niamey would probably be smouldering with mistrust and fear, and that was why I had decided to visit the Ministry of Tourism to obtain permission for my travel plans. It seemed the most logical path to make myself transparent with the authorities. In this way, I hoped to defuse any suspicion that might surround a white man travelling in Niger during troubled times. I explained this concept to Akly, as the darkening light conjured its deceptions on the surroundings beyond the illuminated terrace.

‘It’s a good idea,’ he said. ‘I know the Director there – Ibrahim. He’s a friend of mine. When you go, just tell him that I suggested you speak to him.’

I studied the map and noticed the region to the west of Nguigmi was marked: M A N G A. ‘If you do get permission to travel through there,’ Akly said following my gaze, ‘I think you will discover things.’ ■ 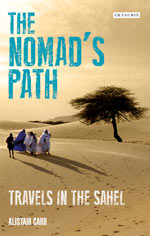 Alistair Carr, a Fellow of the Royal Geographical Society, and has broadcast for the BBC. His new book, The Nomad’s Path, is a beautifully-rendered account of a journey across this inhospitable region of Manga at a time of Tuareg insurgency in 2004 and 2008.

One thought on “The Nomad’s Path”