The story of Raoul Wallenberg – who, at immense personal risk, rescued many of Budapest’s Jews from the Holocaust – is one of the most remarkable of World War II. Yet the complete account of his life and fate can only be told now. In an extract taken from The Hero of Budapest, the first book to reconstruct the events of Wallenberg’s arrest and disappearance, Bengt Jangfeldt provides background on the ‘protective passports’ invention that made Wallenberg’s name. 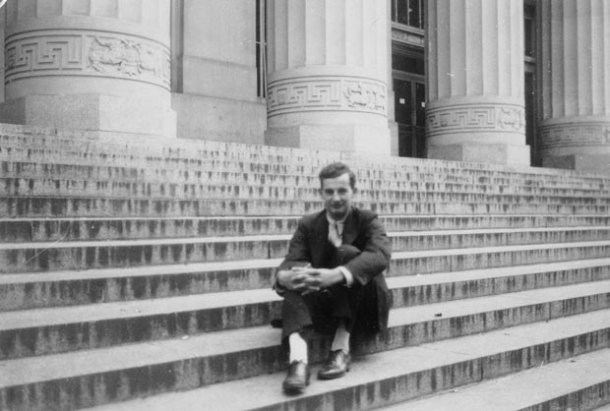 When Raoul Wallenberg was born, his grandmother noted: ‘Little Raoul was born “with the caul”, as they say. For those who are superstitious this is supposed to have a positive significance – what, I don’t know. I was pleased that he was a Sunday’s child. May it be a good omen.’ It was. In the closing phase of World War II Raoul Wallenberg was responsible for one of the greatest humanitarian rescue missions ever carried out by an individual.

In the course of less than eight weeks after Germany’s occupation of Hungary in March 1944, almost half a million Hungarian Jews were exterminated. It was the largest deportation operation of the whole war, and, according to Winston Churchill, ‘probably the greatest and most horrible crime ever committed in the history of the world’. In July Wallenberg was sent on an American-led diplomatic mission to Budapest with the task of trying to prevent the quarter of a million Jews still alive from being gassed.

The rescue effort that Wallenberg set in motion in Budapest was impressive in scope. He invented a new type of document, a ‘protective passport’, which was issued to close on 10,000 Jews who were made Swedish citizens and thereby avoided deportation and death. It is for this Schutzpass that he is best known. But an equally important part of his mission was the comprehensive social safety net that he built up. He organised health care and the distribution of foodstuffs, he set up children’s homes and homes for the elderly. Thanks to this humanitarian activity, thousands more were saved from starvation and death.

Born in 1912, Raoul Wallenberg was actually a businessman rather than a diplomat. In the social sense he really was a Sunday’s child, born into Sweden’s leading dynasty of financiers, with a seemingly carefree future staked out for him. He grew up in Stockholm’s most privileged neighbourhood, went to the best schools and moved in the best circles. But from the outset his life was overshadowed by a dark sorrow. He was born fatherless and brought up to a large extent by his paternal grandfather Gustaf Wallenberg, brother of the head of the Wallenberg family, Marcus Wallenberg.

The part played by Raoul’s grandfather in his upbringing cannot be overstated. It was he who drew up the guidelines for Raoul’s education, financed his studies, and who formulated the moral principles that he wished to govern his life. His grandson was to become a hard-working businessman but also a citizen of the world and someone his family could be proud of. When Raoul turned 23, in 1935, Gustaf Wallenberg wrote him a letter expressing his hopes for him: ‘May all that come true which is always on my mind, that you shall become an able man and bring honour to our family.’ To belong to the Wallenberg family entailed responsibility.

Raoul, who had shown signs of serious aesthetic interests from a young age, initially studied to be an architect at the university of Ann Arbor in Michigan. Afterwards he practised as a businessman and banker in Cape Town and Haifa. When he returned to Sweden in 1936 after five years abroad it was with a view to starting work in the business sector. However, he was not conspicuously successful as a businessman despite his drive and acknowledged negotiating skills. Instead, these characteristics turned out to be useful during his mission in Hungary – a mission that may well be unique in diplomatic history: a Swedish diplomat – who was actually not a diplomat but a businessman – was sent to Hungary on an assignment initiated and specified by a foreign state, the USA.

The mission made great demands on Wallenberg’s ability to take the initiative, his unconventional way of thinking, and his organizational skills. The caul that he was born with showed itself indeed to be a good omen – for the Jews of Budapest, but not for himself. In January 1945 he was seized by the Soviet army and taken to Moscow, where he was imprisoned and, in all probability, executed two and a half years later. The story of Raoul Wallenberg is therefore not only the story of his achievements on behalf of Budapest’s Jews. It is also about the price he had to pay, about his fate in the Soviet Union, which, 68 years after his abduction, is still shrouded in darkness.

In the autumn of 1944 the front line between the two great totalitarian ideologies of the twentieth century ran through Budapest. Raoul Wallenberg was caught in the crossfire. Victorious in the battle against the one, he fell victim to the other. ■ 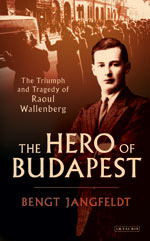 Bengt Jangfeldt is the author of the new biography The Hero of Budapest: The Triumph and Tragedy of Raoul Wallenberg, the first book to ever reveal his fate. His biography Axel Munthe: The Road to San Michele (I.B.Tauris, 2007) was originally published in Swedish in 2003 and won the Swedish Academy’s prize for biography. A further large-scale biography, A Life at Stake, about the renowned Russian poet Vladimir Mayakovsky, appeared in 2007 and was awarded the August Prize (the Swedish equivalent of the Pulitzer prize) for best non-fiction book of the year.

Image shows Raoul on the steps of Angell Hall Observatory in Ann Arbor.