Unearthing the forgotten heroines of the great Arabian tales. 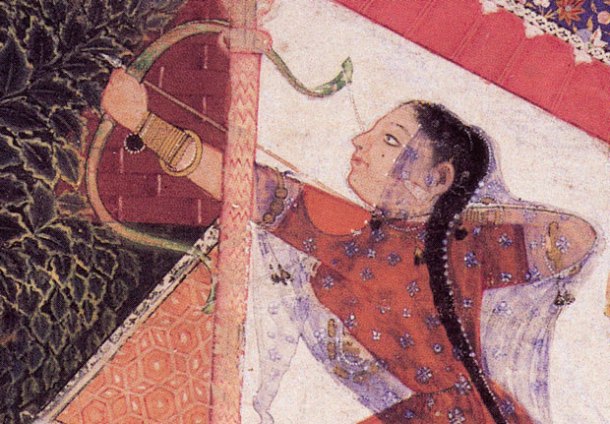 Is Wonder Woman, or other kinds of female Supermen, conceivable in modern Islamic comics? It may surprise some people, but they actually do exist: see, for instance, Naif al-Mutawa’s The 99, where among the 99 fighters for the cause of Islam (a tolerant form of Islam, as should be stated) are both women and girls. These include Jalila, Protector of the City of All Faiths (AK Comics), whose outfit may not exactly fit the Islamic dress code, but nevertheless is a staunch fighter for the city of Jerusalem.

Either way, women actively participating in armed conflict definitely are not the first thing that comes to mind when thinking about Muslim civilization. Yet Islamic sources often boast about the brave women of early Islam, who took part in battle not only encouraging their men but actually taking up arms. Admittedly, the source material is not always unambiguous as to what actually happened, but the stories about these women anyway have become part of Muslim heritage. In more recent times, too, women in Islamic countries have gained fame for the brave role they played on the battlefield. There is the Algerian Lalla Fatma N’Soumer, who led her soldiers against the French when they tried to occupy Kabyle in the first half of the nineteenth century, and  the Turkish Kara Fatma (Black Fatma), who hid her gender and fought in the Crimean war, obtaining the rank of captain. As to the increasingly frequent reports about female jihadists acting as suicide bombers, it is a chapter that requires more space and time than what is afforded here.

The women of the comics mentioned above, as fictional characters boldly undertaking actions that few women would dream of, may seem a distinctly modern phenomenon. Yet medieval Arabic (and, for that matter, Persian and other Middle Eastern) fiction also contains scores of women who can hold their own on the battlefield, either for the cause of Islam, for personal honour, or to defend their people. How about  a Kurdish hero who has joined the Arabs with his wife and seven daughters, all of them staunch warrior women, who vote that the only bridal apparel they will wear is their shroud, having bravely died fighting for the cause of Islam? They appear in The Adventures of Princess Dhât al-Himma, one of the long (more than 6000 densely printed pages in the modern edition) medieval adventure tales that were so popular with Arab audiences of the past (sîra, in Arabic).

Princess Dhât al-Himma herself, battling side by side with her son `Abd al-Wahhâb, is indefatigable in battle, leading her Arab tribal warriors either against infidels (usually the Christian Byzantines) or other kinds of enemies. Unhesitatingly she attacks a depraved female warlord who has taken captive her son `Abd al-Wahhâb: ‘They fell upon each other, and the inevitable fight between them began. Iron fell upon iron with such resonance that it sounded like music, and what music! They were like two mountains colliding, two seas clashing.’

Other women, such as Princess Ghamra, another character featuring in The Adventures of Princess Dhât al-Himma, may engage in battle for reasons of personal pride. Ghamra is so insulted by her cousin’s refusal to consider her marriage proposal that she does not rest before she, disguised as a man, has defeated him in a duel, leaving him as naked as on the day he was born. And though this humiliation causes him to fall irresistibly in love with her, she refuses to have anything to do with him anymore. When their chief nevertheless orders the wedding to take place, she acts swiftly and effectively. At the chief’s command, people take hold of her and forcibly put her into bridal apparel. The marriage is concluded, and after the couple has retired to the bridal chamber, Ghamra sees her chance. She firmly ties her new husband up, gets on her horse and before anybody is aware of what is happening she has gone off, heading for the tribal lands of her ancestors, where she becomes a warlord in her own right.

One may wonder, of course, whether the popularity of such stories reflects an actual historic reality. Did such women actually exist, or are they just literary stereotypes? If so, does the popularity of this theme in stories told by men to a male audience tell us anything about (male) attitudes, fears and fantasies at a given time and period? To many people, this branch of traditional Arabic literature is almost unknown, and the stories about the women featuring in it have received little attention, even in gender-oriented literary studies (mainly because they are not easily accessible). In this respect, the change in treatment of the warrior woman theme from one adventure tale to another warrants further study. However, simply knowing the existence of these tales should challenge common Western perceptions of the Middle Eastern women, medieval or modern. ■ 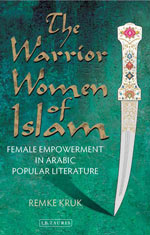 Remke Kruk is Professor Emeritus of Arabic at the University of Leiden. Her new book, The Warrior Women of Islam, explores female empowerment in Arabic popular literature.

Image shows painting of Princess Mihrdukht from the manuscript of the Persian version of The Adventures of Hamza.