Why is it some activists are revered and remembered, whilst others, who have also made significant contributions, are almost completely air-brushed out of history? 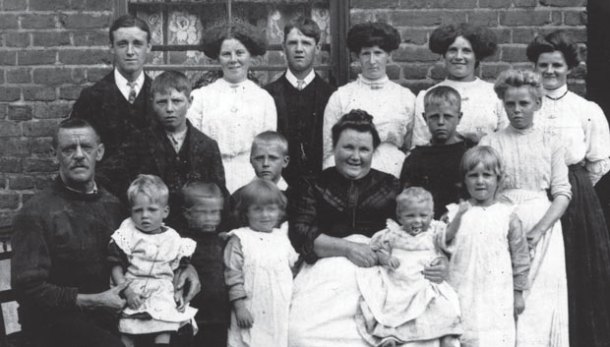 The militant suffragettes of the Women’s Political and Social Union (WSPU) have captured popular and academic attention. Mrs Pankhurst successfully placed women’s suffrage on the  political agenda: the militant suffrage struggle is  now part of the national curriculum in schools; they featured in the opening ceremony of the London Olympic Games; and for generations we have been mesmerised by the flickering newsreel footage of Emily Wilding Davison’s fatal attempt to grab King George V’s horse in the Derby.

Recent profiling of Emily Wilding Davison has reignited the debate about the complexities of the movement to win the votes for women. There were equally passionate constitutional campaigners such as Millicent Fawcett who eschewed gesture politics and campaigned within the law. They worked with reason and persuasion through the National Union of Women’s Suffrage Societies (NUWSS) in an effective, but unspectacular way. Arguably it was their low-key political campaign which finally convinced politicians to enfranchise women in 1918 four years after violence ceased. The exchange of letters between novelist and professor of literature Marina Warner who wrote about Emily Wilding Davison, and Mark Bostridge, who drew attention to the importance of the constitutional suffragists, highlights the differing views on the effectiveness of the tactics of the WSPU and NUWSS campaign .[1]

Yet what happened to members of the WSPU and NUWSS when the vote was won?  Having seen what women could achieve, did they just retreat into domesticity until feminism was rediscovered in the second half of the twentieth century.  This view has been increasingly challenged by historians such as Sheila Rowbothan  who explores how post-suffrage women continued to campaign for social change.[2] Even the popular term second wave feminism is misleading as it implies there was no feminist activity after the vote was won in the first wave of militant activity.

Given the complexity of the suffrage movement it is not surprising that the causes the women subsequently espoused were diverse. Julie Gottlieb in her fascinating book on women in Britain’s fascist movements discusses how a small number of militant ex-suffragettes carried on their gesture politics by joining the British Union of Fascists (BUF).[3] Mary Richardson, who had in 1914 protested by slashing Velasquez’s Rokeby Venus in the National Gallery, was recruited by the BUF as an organiser in their Women’s Section.

Other suffragettes joined causes such as the Peace Pledge which rapidly grew and in the summer of 1926 held a Peacemakers Pilgrimage in Hyde Park attended by over ten thousand women. Subsequently there were local pilgrimages enthusiastically supported by organisations such as the Women’s Co-operative Guild whose membership reached over sixty-seven thousand by 1930.

After the suffrage many women gained confidence and joined the major political parties with varying degrees of impact. However, they were particularly effective in local government. Patricia Hollis reflects that it ‘takes nerve and fortitude to smash windows and endure hunger striking as the suffragettes did; it also takes considerable courage to impose yourself on a board where your presence is deeply resented.’[4]

The political career of Eleanor Rathbone illustrates the danger of underestimating undramatic feminist activity.  Eleanor took a degree in Philosophy at Somerville College, Oxford and played an active part in the NUWSS suffrage campaign.  In 1919 she became President of the National Union of Societies for Equal Citizenship (NUSEC), the NUWSS successor and guided its policy through the post-suffrage era. In 1909 she was elected to Liverpool City Council and in 1929 Eleanor was elected Member of Parliament representing Combined Universities. She had no interest in clothes, was personally reserved and never resorted to dramatic acts and refused all honours. Yet she was a highly effective strategist.[5]

Eleanor’s greatest achievement was to convince government to make payment for the family directly to mothers – what was to be called family allowances. However, suffragists such as Mary Stocks convinced Eleanor that women must have control over their fertility and she and NUSEC backed the birth control campaign. Many in NUSEC did not see the winning of the vote as the  answer to women taking control of their bodies  but rather as the means to the end. Mrs Cooke wrote in the suffrage newspaper:  ‘What does it avail a woman that she has the franchise if she cannot call her body her own, and is at the mercy of her husband’s desires and wishes.’[6]

Thus a network of birth control clinics was created and run by women for women. Not all committee members were former suffragists but many had been active. Their tactics were low key. Thus in Salford where the clinic was publicly denounced by the local Roman Catholic bishop the birth controllers quietly continued running their clinic above a local pastry shop. However, the women believed birth control was too important to be left to volunteers and should be the responsibility of the state. Their Society for the Provision of Birth Control Clinics lobbied local and national politicians until eventually in the 1970s birth control provision became part of the National Health Service.

Most of the birth control activists have long been forgotten, but one woman it is impossible to ignore is Marie Stopes. She wrote a best-selling book, Married Love, founded the first birth control clinic in the country, founded the Birth Control Times and created the Society for Constructive Birth Control and Racial Progress.[7] Marie was too young to have been a major influence in the suffrage campaign but she adopted some of their gesture tactics.  She grimed her face to pose as a working class mother in order to show that a rival organisation was in fact prescribing a cervical cap. She chained her book on birth control to the lectern of the local Roman Catholic Cathedral, informing the press of her actions. She was involved in a high profile court case with a Catholic doctor which went on for years. One of my interviewees in Stockport (whilst writing my latest book) described how she was able to contact Marie through her press coverage. However, she correctly commentated ‘Marie was not a team player’.

Nearly thirty years ago the historian, Brian Harrison, reflected on why the contributions of some feminists were ignored and concluded that , ‘Historians like some journalists relish the dramatic, the flamboyant, the outrageous.’[8] While acknowledging the importance of high profile women in raising issues, this is a plea to re-evaluate the contribution of women who  quietly ran their own  campaigns. ■

Clare Debenham holds a PhD in Politics from the University of Manchester and is a tutor in that department. She is the author of the new book Birth Control and the Rights of Women: Post Suffrage Feminism in the Twentieth Century,