On Holocaust Memorial Day, is it time Britain confronted its own genocidal past? 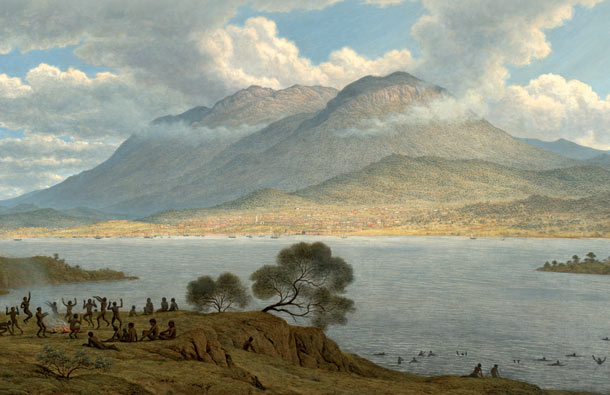 Britain, along with the rest of the European Union and the United Nations, are today commemorating Holocaust Memorial Day. This commemoration is held to mark the fact that the Holocaust ‘challenged the foundations of civilisation’. Previously the rhetoric of this memorialisation, in Britain at least, suggested that the Holocaust was unprecedented but this has been difficult to sustain in the face of the relentlessness of genocidal violence in the modern world and Holocaust Memorial Day now invites us to remember other genocides too. In this memorialisation, genocide has become the ultimate atrocity, the ultimate transgression – an attack not just on a particular group but on the nature of humanity itself. Genocide, we are righty enjoined to remember, is a universal problem.

Yet what is not often confronted within this memorial rhetoric is Britain’s own genocidal past. Genocide is not just a crime committed by others, but is steeped in the history of this nation and its interaction with the rest of the world. In 1803 for example the British established a colonial outpost on the island that we call Tasmania, and that the British named Van Diemen’s Land. When the British arrived there was an indigenous population of several thousand (estimates range as high as 12,000) across at least 9 different culturally and linguistically distinct nations. At the end of a conflict contemporaneously known as the ‘Black War’ in the 1820s there was just a few hundred survivors from a campaign of frontier violence fought largely by individual settlers but also by colonial troops. Those people were then gathered together and by 1835 almost all indigenous people remaining in Van Diemen’s Land had been deported to a settlement on the outlying Flinders Island known as Wybalenna. Although the people that went to Wybalenna did so voluntarily, their decision to do so was taken following a campaign against them which in the eyes of the settlers at least amounted to an attempt at extermination. Once at Wybalenna although indigenous people were allowed to leave the settlement itself, they were confined to the island. In 1847 fewer than 50 survivors were transported back to Van Diemen’s Land. The last surviving man, William Lanne,  died in 1864 and the last surviving woman, Truganini died in 1876. After her death it was declared that the indigenous population of Tasmania was extinct.

The idea of extinction was itself a myth, there is an enduring Aboriginal community in Tasmania to this day descended from the mixed race children of indigenous people and settlers who were understood to not be fully Aboriginal and thus were not included in the attempted ethnic cleansing of the 1830s. Myth or not however, the scale of genocide in Tasmania is striking. All functioning communal units were destroyed, and 99% of the population died. And the idea of complete extinction also points to an important feature of genocide in Van Diemen’s Land, that it was fully reported and understood in Britain itself. This was not a calamity that was confined to the furthest corner of the Empire – its story was told and retold at home too.

It was also not a story that disappeared. It was common to see mention of the British ‘extirpation’ of indigenous Tasmanians across the 19th and into the 20th century. Children read about it in comic books, and visitors to museums across Britain could see the skulls of indigenous Tasmanians in displays which suggested that they were an inferior people somehow out of time. The primary evidence for this was that they had allowed themselves to be exterminated. Those human remains were largely removed from display in the 1950s, after the Holocaust had rather challenged the legitimacy of such racial characterisations. However, human remains have only been gradually returned to the Tasmanian Aboriginal community since the 1990s.

The destruction of indigenous communities in Tasmania  might not conform to our image of genocide as bequeathed by the Holocaust. There was no agreed plan of extermination for example, no equivalent to the Wannsee Conference as a blueprint for destruction, and of course there was none of the technology of killing that is associated with the industrial death factories of the Shoah. Yet there were settlers in Tasmania that were determined to eradicate an indigenous population that threatened them and their desire to colonise the land. The British government urged that the settlers should not treat indigenous people violently, but at the same time instructed that they were entitled to defend the colony with lethal force. The British government also approved of the plan to deport the surviving indigenous communities from the island in a campaign of ethnic cleansing. While on Flinders Island the government also supported a campaign to eradicate indigenous culture, which it then attempted to apply to other Australian colonies. While the captive indigenous peoples on Flinders Island were no longer targeted for physical destruction, they were subject to treatment that amounted to cultural genocide.

Indeed throughout British culture there was a sense that indigenous populations, not just in Tasmania but across the British world would inevitably die out in the face of the Empire. This idea of extinction was in part based on what was witnessed in Tasmania – and it revelled in the power and progress of the British Empire in comparison to what it saw as other inferior indeed primitive cultures. It was also an idea which sought to naturalise a process that was also the result of much violence, both directly and in the removal of land which provided the cultural and economic basis of life for indigenous communities.

When we remember genocide then, we should remember that the British have also inflicted this scourge on other parts of the world. Genocide does not just result from alien ideologies which are ultimately rather different from our own world like the Nazis. The example of Tasmania shows us that genocide and the attempt to rewrite what it means to be human is a part of British history too, a part of the idea of progress which still underpins many mainstream ideas of historical development. ■ 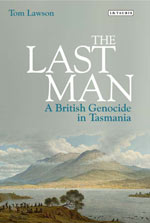 Tom Lawson is Professor of History at Northumbria University. His new book, The Last Man: A British Genocide in Tasmania, out soon, provides the first comprehensive picture of Britain’s role in the destruction of the Tasmanian Aboriginal population.