In what can seem a universe within itself, Kerry Brown, author of The New Emperors, selects five essential reads on modern China.

Every year, every month, practically every day a new book appears on China. Looking at the lists of books received by academic journals like China Quarterly shows just how immense the tidal wave of China publication is. There are works in virtually every language, on themes from gender to pop culture, history and politics, and then down deep into detail. I have even seen a study of one year’s worth of agricultural tax returns in the late Qing period. China has become a universe within itself, about which an army of people write.

I am as guilty as anyone. In the last decade, since leaving the British Foreign Office and migrating to the freer, fresher pastures of academia, I have contributed ten single authored books, three edited volumes, and a whole multi volume dictionary on Chinese biography. I have no intention of stopping, because the world of China is in many ways inexhaustible and fascinating. But for those with limited time who want insights that are enduring and useful into China, here are five suggested books which, in their very different ways have helped me understand and think about China in ways I have found stimulating and enlightening, and which aided me in writing The New Emperors: Power and the Princelings in China, a study just published of the top leadership in modern China. 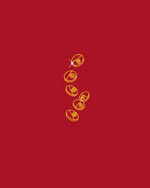 If anyone wanted proof that the physical world we live in is the product of a way of thinking, then this magisterial volume is it. Put together by a group around architect Rem Koolhaas, it looks at the urban nature of contemporary China as the product of an extraordinary combination of latent Utopianism, and modernity with Chinese characteristics. Nihai Cracium’s remarkable essay on the link between the previous Great Leap Forward under Mao Zedong that led to devastation and failure, and the modern Dengist rush to riches and material gain is one of the best pieces on modern China I have ever read. The book reinforces this idea of the breathless speed of change in modern Chinese cities and how this serves as the most powerful metaphor for aspirations and the spirits of Chinese people by a final chapter which simply takes the seaside southern city of Zhuhai and lists, with illustrations, the planned infrastructure projects in the early 2000s. The cumulative impact of this is to show a society on the crest of a wave of optimism and headless energy. But lurking beneath this are the perennial questions of values, aims and where the final destination of all this might be. Great Leap Forward captures for a moment the dreams of a Chinese society, but also serves as a huge question mark. An essential book.

Yu Hua has proved to be one of contemporary China’s finest writers, someone with a wicked line in sly wit and sarcasm, which has kept him, at least so far, out of the hands of the authorities, while safeguarding his position as a keen critic of the contradictions and vagaries of Chinese modern aspirations and identities. China in Ten Words does as it promises, maps out a world of attitudes and feelings about the country now as it becomes wealthier, more confused and more complicated and complicating. From `people’ to `leader’, `revolution’ and `copycat’, Yu Hua uses his personal experiences to question some of the key discourse of the country as it stands now. Who precisely are the people, and who are the leaders, he asks, and how do they relate to each other. And why is it that in a China infected by almost universal cynicism and libel, only the core group of the elite leadership is protected from all of this while the reputation of everyone else is fair game for calumniators.  For those who are starting to suffer the inevitable side effects of confusion that any meaningful encounter with China and its daily lived reality engenders, this book is a wonderful antidote, administering the sole known cure – coruscating wit and humour.

China is all about the economy, or so we are told by many domestic politicians and commentators. Economic development is the core aim of the political leadership, and going from the way they speak once people are materially well off everything else falls into place. But as Yasheng Huang argues in this wonderfully detailed and elegantly presented study, a lot of the economic `truths’ that we often accept about modern China have no real foundation. A long chapter on Shanghai shows how a place that is seen as the acme of entrepreneurialism and commercialism is in fact 85 per cent state directed, built on illegality through the land grab practiced on Pudong in the 1990s when the new zone was being developed and land there taken from farmers with little compensation and regard for legal process, and insustainability – the city has no proper water supply and is built on marshland, meaning the 2000 skyscrapers now constructed stand a good chance one day of collapsing into mud. Yansheng Huang shows how scrupulous attention to data and statistics can reveal wholly different things to the official interpretations put on them. This is the most exciting and vivid book on the Chinese economy, and one that takes us way beyond the usual big GDP figures to the more complex and unsettling reality that might be lurking behind them.

Liu is most famous for his incarceration and then sentencing in 2009 for his role in the Charter 08 demand for more freedoms and democracy in China, and for his being awarded the Nobel Prize in 2010. This collection shows his formidable analytic skills in action, and is important because it is one of the very few honest accounts, by a Chinese writer inside China, of the cultural and moral confusion that the country is now enduring after six decades of Maoist Utopianism and then Dengist material development and wealth creation. Liu’s essays on the world of cadres, where public authority gets mixed up with personal gain, and where the world shifts from the offices and meeting rooms of the day to the nightclubs of excess of the night is forensic, often very funny, but in the end deeply challenging. His guiding question of what, in the end, the real aim and aspiration of the Chinese Communist Party and of the people might be is a haunting one. This book is an eloquent reminder of why the authorities were so keen to silence Liu by incarcerating him.

From the Soil: The Foundations of Chinese Society, Fei Xiaotong, University of California Press, 1992

Trained at the London School of Economics in the 1930s, Fei returned to China to establish the discipline of sociology there. He died in 2005, almost a centurion, having heroically survived the vicissitudes of Chinese politics over the last six decades. First published in 1947, two years before the establishment of the People’s Republic, this wonderfully succinct book sets out the nature of Chinese society, a society that Fei’s labels as agrarian in nature, necessarily parochial, and based on elastic networks where everyone knows everyone else and there is deep distrust of outsiders. This book remains as helpful to understanding the roots of Chinese social behaviour today as it was when it was published, giving a wonderful framework to understand the nature of kinship and relationships in a Chinese context. And as an antidote to the exhausted concept of `guanxi’ this would be a hard book to better. ■

Kerry Brown is the Director of the China Studies Centre at the University of Sydney and former head of the Asia Programme at Chatham House. His new book is The New Emperors: Power and the Princelings in China, and is the author of Contemporary China, Friends and Enemies: The Past, Present and Future of the Communist Party of China and Struggling Giant: China in the 21st Century.