Eddie Chambers / Painting of the Week 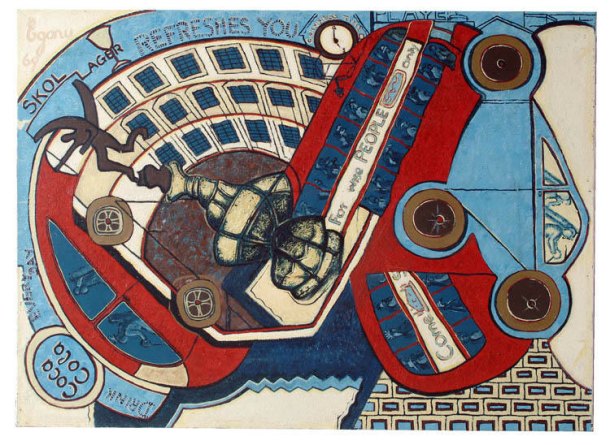 Uzo Egonu is perhaps the most significant pioneering African artist to have settled in London. Egonu also has the distinction of being perhaps the first person from Africa to come to Britain in his early teens with the sole intention of becoming an artist.

Born in the Nigerian city of Onitsha in 1931, Egonu was from a young age a prolific and gifted painter, and his work consistently reflected a distinctive fusion of modernist influences and aesthetics derivative of his West African heritage. Despite, or possibly because, Egonu left his native Nigeria at such a tender age, the influence, or the memory of Nigeria was a recognisable part of his practice. Like other artists from Africa, Asia and the Caribbean, Egonu’s was in essence a blend of the abstract, the figurative and the representational. As Olu Oguibe observed, ‘For Egonu it was only proper that African artists should not lose themselves in the fiction of a universalist modernism. Instead, they should define a place for themselves within modernism whilst also registering the specificities of their origins.’ Such sentiments are, however, not entirely unproblematic. The pathology in which artists of Africa were constantly assessed according to notions of authenticity remained a fiendishly stubborn criterion by which artists were judged.

But the artist who could paint scenes from his homeland with such empathy and affection, such as Northern Nigeria Landscape (1964), was the same artist who could affectionately depict the spirit and decidedly different architecture of London (unsurprisingly given it was his home for over 50 years). If ever a painting represented the exuberance and frenetic spirit of the swinging 60s, it is Piccadilly Circus (1969), a veritable vortex of movement, architecture, transport and people on the move. EC

Eddie Chambers will be presenting a talk on Black Artists in British Art tonight in a free event Waterstone’s Piccadilly. Reserve your place here. 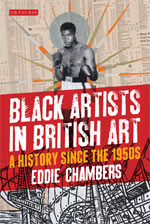 Eddie Chambers is Associate Professor in the Department of Art and Art History, University of Texas at Austin, USA, where he teaches the art history of the African Diaspora, and is the author of our new book Black Artists in British Art, of which the above is an edited extract.