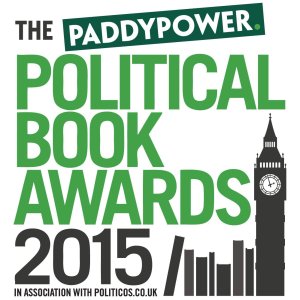 It is with some excitement we can announce that Lara Pawson’s In the Name of the People and Roger Liddle’s The Europe Dilemma have been nominated at this year’s Paddy Power Political Book Awards, which recognise the very best in political writing and publishing

Featuring in the Debut Political Book of the Year category, Lara Pawson’s In the Name of the People explores the events and aftermath of what happened on 27th May 1977, when a small demonstration against the MPLA – the ruling party of Angola – led to the slaughter of thousands of Angolans. The winner of this category will also receive a prize of £3,000.

Nominated for the Practical Politics Book of the Year, Roger Liddle’s The Europe Dilemma  – part of our Policy Network series – answers the key issues regarding EU integration: What is Britain’s future in Europe? Where should Britain stand? What future should Britain want for the EU?

Iain Dale, founder of the awards, said, ‘The Paddy Power Political Book Awards have become a permanent fixture in the book awards calendar. The calibre of the shortlisted authors is once again outstanding and the awards celebrate the breadth and diversity in political writing.’

The awards – which are presented in association with Politicos.co.uk with a judging panel featuring Lord Ashcroft, Charles Clarke, Yasmin Alibhai-Brown, Damian McBride, Ann Treneman, Andrew Mitchell, Caroline Michel, Marilyn Warnick and Mary Beard – will be presented at a ceremony, hosted by Rory Bremner, on Wednesday 28 January at the BFI IMAX cinema.

Until the 28th, fingers crossed. ■

Debut Political Book of the Year

The 13th Labour of Hercules: Inside the Greek Crisis by Yannis Palaiologos (Portobello Books)
City of Lies by Ramita Navai (Weidenfeld & Nicolson)
Turkish Awakening by Alev Scott (Faber & Faber)
In the Name of the People by Lara Pawson (I. B. Tauris)
The Dark Net: Inside the Digital Underworld by Jamie Bartlett (William Heinemann)
How to Be a Minister by John Hutton & Leigh Lewis (Biteback Publishing)

Practical Politics Book of the Year