Following the Labour leadership election, Adrian Pabst, co-author of Blue Labour, considers the Party’s options and shares his views on Jeremy Corbyn and the future of Labour. 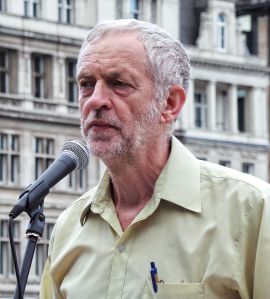 A little-known outsider defeated the favourites and won by a landslide. A perpetual backbench MP and serial rebel now leads both the party and the official opposition. An avowed republican who struggles to sing the national anthem will join the Privy Council and become a formal adviser to the Queen. The Old Labour forces of Foot and Benn seem to have buried the New Labour operation of Blair and Brown.

What’s going on? Following the crushing defeat in the 2015 General Election when Labour lost everywhere to everyone, Ed Miliband’s ill-timed resignation plunged the party into a premature leadership contest – depriving it of space and time to express grief for losing the country and remorse for not listening to its people.

Into this void stepped a plain-speaking and loyally-serving constituency MP who comes across as principled and honest, far from the image of careerist apparatchiks who toe the party line. Corbyn’s clear and policy-heavy campaign cut through in ways that few thought imaginable. Where New Labour and Miliband’s soft left haemorrhaged popular support, Corbyn’s campaign mobilised and generated genuine enthusiasm.

With over 350,000 members and more than 100,000 supporters, Labour has once more the potential to become a national force and to regain its place in the life of the people.

The trouble is that Corbyn’s politics has greatest appeal among Labour’s new metropolitan liberal core – public sector workers, anti-war campaigners, students and various minorities. That might be a winning strategy in a party contest and the inner-city areas of London or Manchester.

But as his conference speech shows, Corbyn’s protest politics will not speak to the mainstream of the country – all those who are patriotic, honour the armed forces and the monarchy, and want to support their families and communities. Corbyn’s agenda is far too ideological and sectional to offer a common good politics, which as the Blue Labour book argues can command majority support.

And that’s before people find out about his indefensible foreign policy positions – scrapping Trident that would leave Britain defenceless and at the mercy of other powers at a time when the West require responsible leadership.

This, coupled with a new class war on the rich waged by Corbyn and his new shadow chancellor John McDonnell, won’t a deliver electoral victory in a country where UKIP polled much higher than the Greens and the Lib Dems combined. There is no progressive majority to be found in England or across the UK.

So whereas public-sector union barons led by Len McCluskey are confident about Corbyn’s chances of winning in 2020, private-sector union bosses are much more sceptical. The GMB’s General Secretary Sir Paul Kenny has warned that ‘The rallies are not enough […] to say people will rush to Labour’. He should know. In the last General Election, a majority of GMB members voted either Tory or UKIP.

To win back former Labour voters and reach out to new groups, Labour needs to go blue. Blue Labour’s fusion of a ‘progressive’ commitment to greater economic equality with a more ‘conservative’ disposition emphasising work, family, community and patriotism can renew both party and country.

The new and updated edition of Blue Labour: Forging a New Politics, edited by Adrian Pabst and Ian Geary, is out now.

Adrian Pabst is Senior Lecturer in Politics at the University of Kent. Follow him on Twitter @AdrianPabst1

One thought on “Feeling Blue? Labour after Jeremy Corbyn’s Victory”