This month is Women’s History Month which is a great opportunity for us to shout about some of the women in our catalogue. This list is by no means exhaustive nor is it a list of greatest women but rather an introduction to four women who have influenced the world as we know it. This month is a chance to open our eyes to the contributions of women to the history of the world, bad or good, great or small. 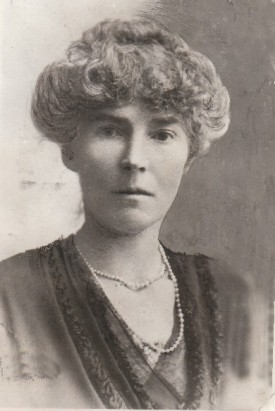 “You may rely upon one thing — I’ll never engage in creating kings again; it’s too great a strain.” (Gertrude Bell, SYRIA)

Gertrude Bell is a controversial figure as one of the most influential in the shaping of the modern Middle East and the creation of Iraq. She was a heroine of the British empire, a woman who actually wielded huge amounts of power in the creation of Iraq as a self-governing state. Bell was responsible for the establishment of the Hashemite dynasty, still in power in Jordan today. She was intrepid in her exploration of the Middle East, and was an archaeologist and spy along with her political work. She is a divisive figure in Middle East, but it is incontestable that she changed the face of geopolitical history.

You can learn more about Gertrude Bell and her role in the shaping of Iraq in the forthcoming documentary, LETTERS FROM BAGHDAD http://lettersfrombaghdad.com, about her first travels to the Middle East in PERSIAN PICTURES, her travels to Syria in SYRIA and her adventures in archaeology in IN SEARCH OF KINGS AND CONQUERORS 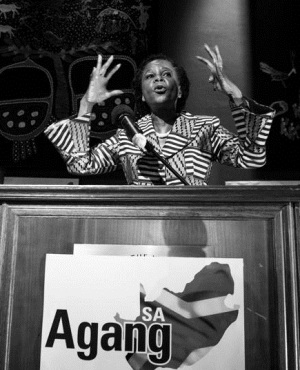 “The double jeopardy of being black and female in a racist and sexist society may well make one less afraid of the sanctions against success. A non-subservient black woman is by definition a transgressive – she is the ultimate outsider” (Mamphela Ramphele)

Mamphela Ramphele is a heroine of the anti-apartheid movement. Born in South Africa in 1947, her experience of the racism in apartheid South Africa motivated her to become politically active and while at university she became one of the founders of the Black Consciousness Movement where she met Steve Biko who would later become her partner. Her actions saw her charged and banned by the oppressive regime and eventually she was kept under police surveillance in Tzaneen. Even while kept in a pseudo-prison, she continued to organise, establishing a community health program which championed women’s health as well as meeting with MPs from the progressive party and continuing her studies. Post-apartheid, she received her doctorate and was appointed the vice-chancellor of University of Cape Town, the first black woman to be in such a position in South Africa. In 2000, she became the first South African to be one of the managing directors of the world bank and now she serves as trustee on many foundations, including the Nelson Mandela Foundation. 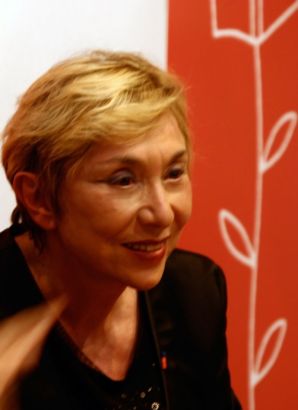 “I am interested in language and in the other side of language which is filtered inevitably by language and yet is not language. I have named this heterogeneity variously. I have sought it out in the experience of love, of abjection, of horror.  But it is the doubling of language [la langue] that seems, at the moment, to be of more interest to women than to men.” (Julia Kristeva)

Julia Kristeva is an influential critic who has been at the forefront of cultural theory and feminist studies. Her philosophies are mostly concentrated in language and in semiotics, but her influence is seen and felt in widely in the world of feminist art, film and literature. Her criticism is indispensable for a lot of artists and students of literature, art, film and philosophy. A good introduction to Julia Kristeva’s feminist and otherwise criticism is KRISTEVA REFRAMED. 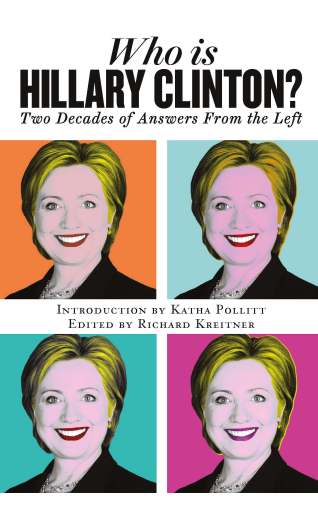 “Put “Hillary” into a search engine with “Lady Macbeth,” “dragon lady,” “ice queen,” “bitch” or “hag” and up come hundreds of thousands of hits.” (Katha Pollitt, WHO IS HILLARY CLINTON)

Love her or hate her or tolerate her, Hillary Clinton is poised to become one of the most powerful women in the world and has been one of the most influential and enigmatic politicians in recent history. She bucked expectation as First Lady of the United States, using a previously symbolic position as wife of the President to raise not only awareness of key political issues such as access to health care but to actively campaign for them. She looked to Eleanor Roosevelt as a role model, but surpassed her fellow first lady’s influence while her husband was in office. From First Lady, she moved deftly into the Senate, where she contentiously voted for the invasion in Iraq. She first campaigned for the Democratic nomination for President in 2008, and settled for a position in Barack Obama’s cabinet as Secretary of State where she honed her already extensive diplomatic and international relations experience. She is back, and this time it looks like she will be the first women nominated by a major party to run for President. She has faced criticism from the Left and the Right, but will she emerge victorious, as one of the most powerful women in the world?

Find out more in WHO IS HILLARY CLINTON: TWO DECADES OF ANSWERS FROM THE LEFT www.ibtauris.com/hillaryclinton