Painting of the Week / Visual Culture

This dark painting displaying a cubist aesthetic and oriental theme is a work by Alexander Volkov – an ethnically Russian artist working in what is now known as Uzbekistan, then part of the Soviet Union’s Central Asia – in the midst of the construction of the Soviet state.

We see three Asian-looking men offering fruits on platters to the presumed viewer. Heat and sweat are almost palpable, together with an uneasy feeling. The characters are cramped into a tight square shape of the canvas; the painting style relies heavily on recent European developments in colour handling and composition.

The painting is a reflection of several processes – political, social, and artistic – that were shaking the new country in the period between the Russian revolution of 1917 and the Great Terror of the 1930s.

It is housed in the collection of the Museum of Oriental Art in Moscow, Russia – a museum which serves as a reflection of Russia’s view of itself as both grand multi-national Empire and a center of knowledge and research to rival other European capitals. The scope of the collection covers everything from the Middle East to the Far East and includes it’s own eastern territories from the Caucasus, through Central Asia and Siberia. In this way, Russia clearly positions itself as a European nation and differentiates itself from everything Oriental, including places within its own territory.

The painting depicts an act of offering of fruit – a theme typical of orientalist works. However the treatment of the subject removes it from the area of the pleasurable and consumable. In a way, Volkov is a reluctant orientalist. He was a revolutionary artist during his lifetime, influenced by European cubism as well as artists such as Diego Rivera and Russian avant-gardists.

Volkov’s departure to the Soviet East may be seen as a form of an escape from the growing pressures of the Soviet censorship and propaganda. He ended up in what was in effect a Soviet periphery, outside of the center – escaping both political and artistic pressure. He made half-hearted attempts at depicting Soviet reality, as the Soviet artists were encouraged to do in the most positive terms. However Soviet critics caught up with him and accused him of the forbidden formalism. He was only accepted into the Soviet art history in the 1970s.

His methods and genuine interest in both artistic practice and Central Asia allowed him to leave a lasting impact on the generations of artists in his adopted home. Without adding anything to the stereotyping process of creating national identities, which was a norm at the time, he managed to leave a suggestion of what may be possible in art for the next generation of Uzbek artists. For us, his works offer an alternative window into the Soviet history.

Central Asia in Art is available to order now from www.ibtauris.com/centralasiainart 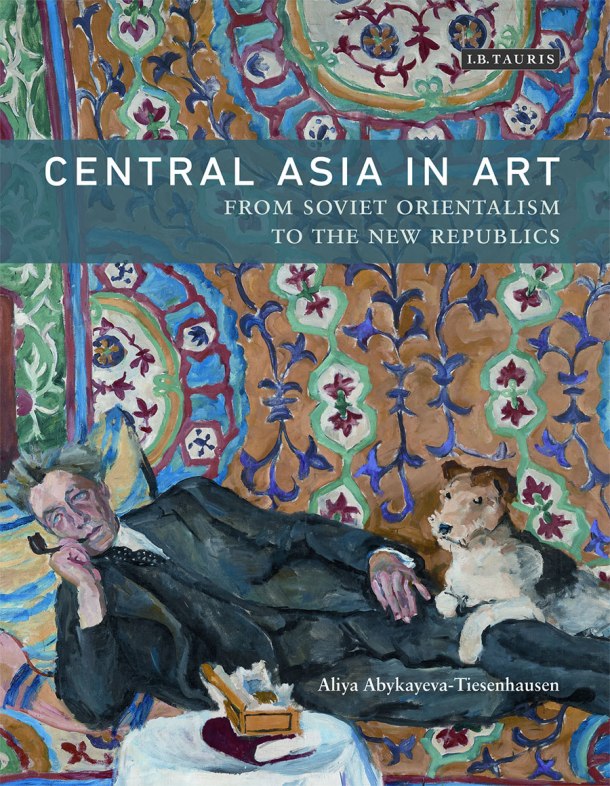