Whatever 2016 has been – and it has been remarkable for many, many reasons – it has been a great year for books. The team here at IBT have put our collective heads together and come up with our favourites, from both within and without our own publishing stable.

We hope you enjoy this festive round-up as much as we did – and if you’re on the hunt for an original present or two, look no further for inspiration… 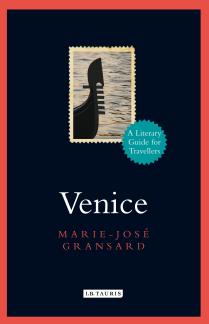 I.B.Tauris Book of the Year Venice: A Literary Guide for Travellers by Marie-José Gransard

As the December fogs roll in from the lagoon to reclaim La Serenissima, I’ll take a comfortable (and warm) virtual tour – courtesy of the city’s most formidable expert.

Favourite Book of the Year A History of Pictures by David Hockney with Martin Gayford (2016; Thames & Hudson)

Worth it just for Hockney’s celebration of 6 tiny pen-strokes in a Rembrandt drawing. (A lifetime’s intense observation distilled into a couple of seconds of pen on paper)

The Book I’d Like for Christmas This Year The Oxford Dictionary of Family Names in Britain and Ireland (2016; OUP)

I.B.Tauris Book of the Year Under the Shadow by Kaya Genç

Under the Shadow is that rarest of things – a vital book arriving at just the right time. Genç’s tapestry of Turkish voices is a reflection of the country as it is now: divided, unsure, yet defiant. If you watched this year’s coup – and Erdogan’s subsequent crackdown – unfold with a growing sense of bewilderment, this book is an indispensable primer for understanding modern Turkey.

I’m late to appreciating Elizabeth Jane Howard – whose Cazalet series is now receiving an overdue critical renaissance – and decided to start with her stand-alone novel The Long View. Nothing had quite prepared me for Howard’s forensic chronicling of her characters’ inner lives, her seemingly endless reserves of wit and grace; this is fiction on the edge of telepathy.

The Book I’d Like for Christmas This Year Angels With Dirty Faces: The Footballing History of Argentina by Jonathan Wilson (2016; Orion)

In a year of landmark books about football – with honourable mention to Ian Hawkey’s biography of Alfredo di Stefano (2016; Ebury) – Jonathan Wilson’s Angels With Dirty Faces: The Footballing History of Argentina strikes me as the most original and, at 576 pages, the most comprehensive; there is far more to football in Argentina than the ‘Hand of God’. I just hope Santa’s feeling strong… 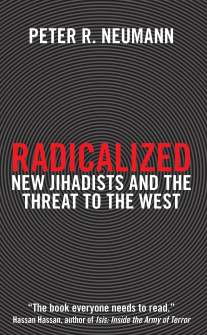 I.B.Tauris Book of the Year Radicalized by Peter Neumann

A great introduction to the current global terrorist threat. In the last two years there have been more and more incidences of jihadist terrorism in Europe and in the States and Neumann has written an incredibly accessible primer for anyone wishing to understand the increasingly horrifying news cycle. He traces the history of modern radicals to the current motivations of terrorists and what we can do to prevent the threat from escalating. Radicalized is an indispensable resource in today’s climate, and it’s quite tempting to send a copy to President-Elect Trump.

I finished Pond by Claire-Louise Bennet (2016; Fitzcarraldo Editions) about two months ago and I’m still not over it. Breathtaking is the best word to describe this tumble through a woman’s brain as she contends with her solitary life. The writing is mesmerizing, the ruminations bizarre, and I can’t stop thinking about it so I think that makes it a book worthy of recommendation.

The Sell Out by Paul Beatty (2016; OneWorld) has been on my list since it was nominated for the Man Booker prize. I’m very interested in the legacy of slavery and I’m obsessed with American literature so am fascinated to read this satire in which a man reinstates slavery and segregation in a suburb of L.A.. Also, as an American, I’m pretty chuffed that an American won the Man Booker.

I.B.Tauris Book of the Year One Day in France (Jean-Marie Borzeix | Translated by: Gay McAuley | Introduction by: Caroline Moorehead)

I sat and read this in one sitting and was completely blown away. It’s history at its most tangible and important, as well as being an impressive feat of investigative journalism, detective work and much else besides. On top of that it’s utterly compelling, incredibly moving and was a sensation on publication in France (as Jeudi saint in 2008). What’s not to like? If you’re a member of my family or a friend, try and forget about reading this snippet – you’re probably getting a copy for Christmas.

Favourite Book of the Year The Invention of Russia by Arkady Ostrovsky (2016; Atlantic Books)

Winner of this year’s Orwell Prize for very good reason. Ostrovsky charts (in surprisingly accessible prose) the ‘invention’ of post-Soviet Russia from the promise of Gorbachev’s reforms through the turbulence of the 1990s to the rise (and rise) of Putin. Across a diverse cast of ideologues, media moguls and oligarchs it’s at once enlightening and terrifying reading. Worth a read not just by those who are interested in Russia, but anyone seeking to understand the accession of the media-fuelled ‘post-truth’ era.

I recently spent so long in Waterstones, enthralled and leafing through Atlas Obscura, that I’m sure I was on the verge of being ejected for loitering. It’s an ‘atlas’ of ‘700 of the strangest and most curious places in the world’ and everything that’s good about ‘coffee table’ books. It’d be a worthwhile gift as reading it alone would take me most of 2017 – perhaps in 2018 I might even get round to visiting some of the places.

I.B.Tauris Book of the Year Scotland: A Literary Guide for Travellers by Garry MacKenzie

I am a big fan of the Literary Guides for Travellers series, commissioned by my colleague Tatiana Wilde. This year I especially loved the Scotland volume (written by Garry MacKenzie), which introduced me to many new literary angles to familiar places. I’m considering petitioning for a Yorkshire volume next…

The best novel I read this year was Homegoing by Yaa Gyasi (January 2017; Viking), an impressive debut which covers over 250 years of history – quite a feat, but it works wonderfully well. I also loved Marceline Loridan-Ivens’ devastating memoir But You Did Not Come Back (2016; Faber).

I’m heading to Denver early in the New Year so I’ve asked for Kent Haruf’s Plainsong (1999; Picador), set in Colorado, which I’ve heard good things about. I also can’t wait to get my hands on Zadie Smith’s latest Swing Time (2016; Hamish Hamilton).

I.B.Tauris Book of the Year

In this difficult year I loved the example set by Alice Bacon in Alice in Westminster by Rachel Reeves – a progressive Labour woman who made a huge difference – but I haven’t yet got around to reading it! So I’ll have to go with Venice: A Literary Guide for Travellers. This book opened up Europe’s most wonderful, romantic and mysterious city in a new way, and gave me back the enchantment and wonder I felt visiting it for the first time as a teenager – that’s the gift of all great books.

I enjoyed Grief is a Thing With Feathers (2016; Faber) by Max Porter – a dark sort-of-poem which packs an utterly explosive emotional punch and led me down the wandering path of Ted Hughes all summer – and I also finally read Infinite Jest this year, a disturbing and dreamlike (traumatic) experience; though David Foster Wallace’s two collections of bright and brilliant essays on America (Consider the Lobster and A Supposedly Fun Thing I’ll Never Do Again) helped me recover. My standout book of the year has to be the one I’m reading now – The Power Broker: Robert Moses and the Fall of New York by Robert Caro (2015; Bodley Head). A complex, 1,377 page book published in the mid-1970s by an unknown writer about a man no-one had ever heard of – Moses built the New York expressways – I’ve come to see its very existence as an inspiration for anybody who works in publishing. Edited by the great Robert Gottlieb at Knopf, the book is a testament to the power of storytelling, the painstaking craft of good history and the importance of what writers and editors (and publicists, production teams and designers) can accomplish.

Join us on Monday for part two!