Perseus in the Wind is the latest instalment in our Freya Stark Collection, and for those less familiar with her travel writing this personal and revealing account is perhaps the perfect introduction. 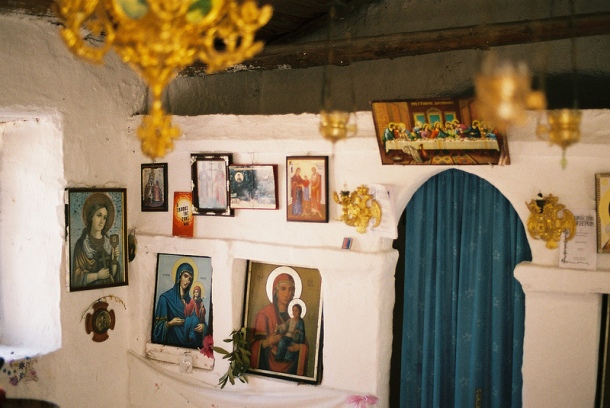 Freya Stark (1893–1993), ‘the poet of travel’, was one of the most courageous and adventurous women travellers in history. She travelled extensively through Syria, Palestine, Lebanon, Iran, Iraq and Southern Arabia, where she became the first western woman to travel through the Hadhramaut. Usually solo, she ventured to places few Europeans had ever been. Her travels earned her the Founder’s Gold Medal of the Royal Geographical Society and she was created a Dame in 1975.

Since 2010 we have been reprinting Stark’s books, introducing a new generation of readers to her brief encounters, which have the knack of  imparting the feeling that the world is somehow larger and more promising. The latest instalment in the series is Perseus in the Wind, where each chapter devotes itself to a particular theme – happiness, education, death – woven throughout with references to Stark’s many travels, from Asolo to Aden, Iran to India.

Below is an extract where Stark discusses the nature of giving and receiving gifts, and how begging is granted a ‘moral status’ in Asia that is missing in Europe and America.

Information about all the books in the Freya Stark Collection can be found on our website.

If I had to beg for my living I would rather do so in Asia than in Europe or America; not that Asiatic poverty is in itself more tolerable, but because they give a moral status to beggary there which the Reformation, or the Industrial Revolution, has long ago destroyed with us. The beggar in Asia, if the West has not yet touched him, comes up with no whine of servility; his ‘looped and windowed raggedness’ is no stock-in-trade to awaken compassion, but is worn naturally; his hand is held out in a gesture of giving almost more than receiving; and when you have handed your coin, he refers you to Allah: ‘Allah will repay,’ as a young woman buying a hat might tell them to send the bill to her husband.

This is all a result of the acknowledged certainty that, whatever the beggar’s own moralities may be, he is the cause of virtue in others. As he lays his stick and the out-trodden remnants of his sandals beside him and squats, impregnated to the very soul one would think with the dust which has soaked him to one colour, so that his nakedness and the frayed bits of things that hang about it seem all one – as he unties the small round lump in his clothes where his takings are stored – he can be satisfied to think that every one of the collected coins has been a stepping stone towards heaven for some good person’s feet.

This sort of feeling must have existed in Europe before the Reformation and the Old Testament put virtue and property on one pedestal together. I used to meet it when I began to learn Arabic in San Remo. An old Francisan missionary whose white beard reached his girdle and who lived in a monastery on the hill, taught me. My lesson with him meant a pilgrimage twice a week in the hottest part of the day, beginning with an hour’s walk along the coast in dust and shadow under olive trees; then half an hour with my sandwiches to eat in a train crowded with market women and large open baskets of carnations; and then I would turn away from the main street of San Remo and the Casino and the tourists and expensive Riviera shops, and find a climbing alley that led to the monastery door.

Here the beggars collected, sitting on the warm sloping pavement in the shade – old people nearly all of them, or idiots – each with a bowl or pipkin ready for food in their hand. I came to know them quite well, and to think of them as a sort of club, or the potter’s shop in Fitzgerald’s quatrains, with the brown-robed monk and his bucket of soup in the opening door as the crescent moon they were all waiting for. But there was an undercurrent of malevolence, and one felt that a misery to one might be greeted with a cackle of joy by all the rest. And there was a slight oppression about the distribution of the food, a taint of philanthropy – though almost imperceptible – as if in the good steam of rice, beans, radishes and tomatoes that rose from the bucket there were a whiff of sensible and appetising grossness to mark the subtle barrier which divides givers and receivers.

The whole business of giving and receiving, it seems to me, should be lifted from the confines of duty into those of pleasure. Happiness is loving and making, and ends in gifts as naturally as the stem of a plant ends in a flower. A gift that is given out of a sense of duty is spoilt and, I believe, does harm. ■

Written just after the Second World War, Perseus in the Wind (named after the constellation) is perhaps the most personal, and haunting, of all Freya Stark‘s writings.

One thought on “Freya Stark and the Art of Giving”