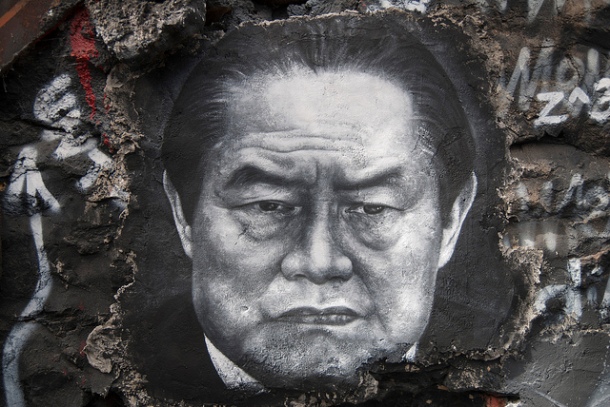 Back in March Kerry Brown, author of The New Emperors, reported for Diplomat on Xi Jinping’s anti-corruption forces closing in on Zhou Yongkang in a sensational example of Chinese politics. Four months later, after much rumour and anticipation, China’s Communist Party finally announced their investigation into former security czar Yongkang, the highest-ranking leader to be taken down since the ‘Gang of Four’ faction was tried in 1980-81 for its role in the Cultural Revolution of the 1960s and ’70s.

Responding to the Washington Post‘s question of why is the Party doing this? Kerry said:

‘This shows the Party showing its legendary survival instinct. The Party is trying to navigate China over a treacherous transition to middle income status where the core challenges are no longer just pumping out GDP growth but really dealing with tough socio-political issues. This necessitates party discipline, and unity. You have to put the party first and show loyalty. So having a sort of dual loyalty as Zhou and those like him did between his own little cashed up nexus and the Party corporately is no longer possible. Zhou himself showed disloyalty in 2012 during the fall of Bo Xilai. Today he gets his payback. This is the sign of a Party leadership with a very deep sense that they need to have more legitimacy, and that they need to being ruthlessly disciplined if they are going to survive.’

For the Wall Street Journal Kerry explains how such a move by the ruling party ‘is a huge step. Unprecedented.’ An investigation into Mr. Zhou ‘stands to change the whole nature of the political game in China because the current leaders are in effect saying that they do not fear being held to these standards in the future and running the risk of being treated similarly.’

Read the reports on the investigations into Zhou Yongkang in full at the Guardian, Washington Post and Wall Street Journal. ■