Mark Corner explains why the key to understanding the EU is recognising that it is unlike anything else. 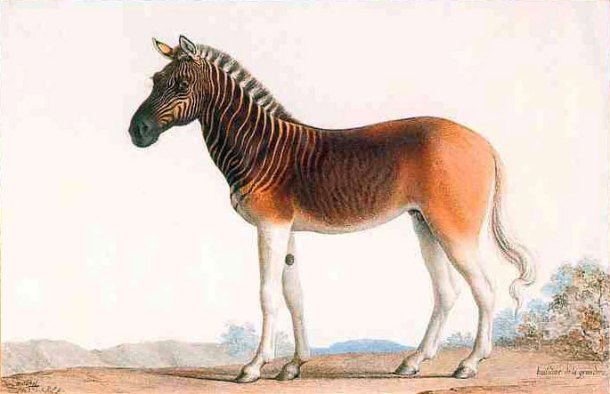 The key to understanding the European Union lies in recognising that it is not like anything else. Because it is always difficult to recognise and accept that something is different, the tendency is to see it instead as a disguised form of something familiar. Hence the quagga (a dangerous analogy, perhaps, seeing that this former inhabitant of South Africa, technically a subspecies of the plains zebra, is now extinct).The illustration above is a painting from the end of the eighteenth century of a quagga stallion in the menagerie of French King Louis XVI at Versailles. It is difficult to look at pictures of this creature and not to think that it should have made its mind up. Either it should have gone with the head and been a zebra, or it should have gone with the tail and been a horse. It is unsurprising that we think like this, because horses and zebras are all that we now know; the quagga looks odd because we never see one outside textbooks or computer screens.

Because of its uniqueness, the European Union is forever getting the quagga treatment and being told that it should ‘sort itself out’ as a horse or a zebra. It has become a candle burning at both ends, with one side trying to drag it back to being a collection of properly independent nation-states, and the other side trying to pull it forward in order to make it a single nation-state. The two positions are more alike than each would like to admit. At one end of the spectrum there might be a group of British or Hungarian nationalists; but at the other end of the spectrum is a group of European nationalists, waiting to wave their gold and blue flags with all the ardour of an American patriot waving the Star-Spangled Banner.

Both sides have the same problem – they cannot understand the nature of the European Union as a hybrid. They want to change it into what they are familiar with, and what they are both familiar with is the nation-state in its present form.

For one side, the 28 nations presently inside the EU are like 28 people stuck in a lift. They are all suffering from the foetid air, one has fainted, another claims to prefer to be dead and still the lift hovers between the third and fourth floors until the welcome sound of a firefighter (perhaps Mr Farage, the leader of the UK Independence Party) is heard cutting a way through to free them and give them back their ‘space’. They will then go back to being autonomous nation states living (and arguably quarrelling and fighting) together in the ‘normal’ manner.

From the other end of the spectrum comes the idea that a great nation-state in the making is being held up by extensive labour pains as it struggles to be born. A United States of Europe is to be created in the way that Italy and Germany were created in the nineteenth century. Those of this opinion would agree with the historian Benedetto Croce when he wrote:

[J]ust as, seventy years ago, a Neapolitan of the old kingdom or a Piedmontese of the sub-Alpine kingdom became Italians, not by denying that which they had been, but by elevating it and incorporating it into that new existence, so will the French, Germans and Italians and all the others elevate themselves to become Europeans and their thoughts will turn to Europe, and their hearts will beat for it, as they have done for their smaller fatherlands, which they will not have forgotten, but love the more.[1]

Croce anticipated a ‘greater Italy’ in the way that Count Coudenhove- Kalergi later anticipated a greater Austria-Hungary in his influential Paneuropa, published in 1923, but in doing so they simply sought to reproduce the nation-state on a grander scale. As Michelle Cini puts it: ‘If anything, the federalist rhetoric did little more than highlight the enduring qualities of the nation-state, in that it sought to replicate it on a European scale.’ [2] 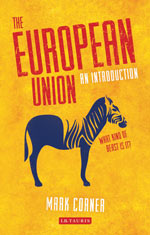 Mark Corner is Lecturer at Hogeschool-Universiteit in Brussels, Guest Lecturer on the MA European Studies programme at University of Leuven and author of our new book, The European Union: An Introduction.

Painting of a quagga, watercolour on vellum parchment by Nicolas Marechal (1753-1802) via Wikimedia Commons.