Yasmine El Rashidi, contributor to the PEN-award-winning Writing Revolution, talks about growing up learning English: exile and community, being alienated and finding her voice.

This article was initially published at Pen Atlas.

I am asked, frequently, what it means to be a woman in the Arab world; what it means to be a woman writing, expressing herself, making statements – often contrarian – in a context so dominantly male. I often choose not to respond, not to write those pieces people ask of me, not to feed an assumption of difficulty and struggle associated with gender. But occasionally, I succumb – offering editors and audiences a response to what, from their view, must be the most pressing question, the greatest struggle, for me as a female writer in Egypt.

It’s not easy being a woman in the Middle East, and much less so today, in Egypt, with all the tumult and rising conservatism that has come to pass in the months – or years now – after the uprising. It’s not easy, but one finds ways to deal with the challenge, of the invasion of privacy, of space; of the objectification and the patriarchy that interferes and takes liberties on both the superficial and intimate levels of one’s life. There are challenges, but we find ways of tending to them and after a lifetime of it, waste little energy lamenting; we either carry on with our lives and put on blinders and trudge along, or, we take up the rights of women as a cause and calling. I know many women who take up this fight each day.

The greatest challenge, and struggle, for me is a different one – it is the one of language, of voice. I made the decision years ago, as a teenager, to be a writer, and my parents had made the decision even years before that their children would go to an English school. It meant, without any choosing of my own but merely fluke – default – that I found my writing voice in a language not native to my country, and I struggle, often, almost daily, with this – with the sensation, or sense, of being muted.

In ways, I am not the only one – I watch my generation of young Egyptians grapple with trying to find their form, their language. The product of a flawed and less than adequate school system that gave you either a foreign language, or a sub-par schooling in your own native language along with one or two others of your choice, we seem to be a generation whose volume is turned down, to varying degrees; a generation without a real mastery of any single language. Or that is, many of us at least – our Arabic is okay, our English is okay, our French comes in bits and pieces.

To write in English, in particular at this moment of change and possibility, is to sever myself from community – from the people who matter, who affect change, who are building – or rebuilding – the country. To write in English, is to be exiled in the place in which you are from. To write in English is to write for the world, and to be subjected to the standards and expectations of editors, and readers, who demand something particular from writers of, and in, that language. To have written that same text in Arabic and have had it translated into English, would be to have it received with an alternative eye, with more space for ‘difference’ – difference of style, difference of syntax. The ‘difference’ of being ‘foreign’, a non-native speaker of the English language, a writer of a language perhaps more florid, more hazy, more idiosyncratic by its very nature of difference, of the so-called ‘other’.

My struggle, then, is as a writer, to be aware that my audience is dominantly a global one, aware that my work has less of an impact in affecting change in my home country as it does in perhaps altering perspectives and shedding light and nuance on Egypt for readers around the world. This particular point – this reality – I agonize over. I wish, at this moment, that I were writing for my own community – locally – rather than for the world.

My struggle, is also about freeing myself, creating time and space to write about things beyond the borders of my own country; liberating myself from the consciousness of ‘audience’ and ‘expectation’ and ‘validation’ and ‘publication’. My struggle as an Egyptian female writer is, then, ultimately not about gender or nationality or place, but of motive – of intent – regardless of outcome. ■

Yasmine El Rashidi is a frequent contributor to the New York Review of Books, and a contributing editor to the Middle East arts and culture quarterly Bidoun. A collection of her writings on the Egyptian uprising, The Battle for Egypt, was published in 2011. She lives in Cairo. 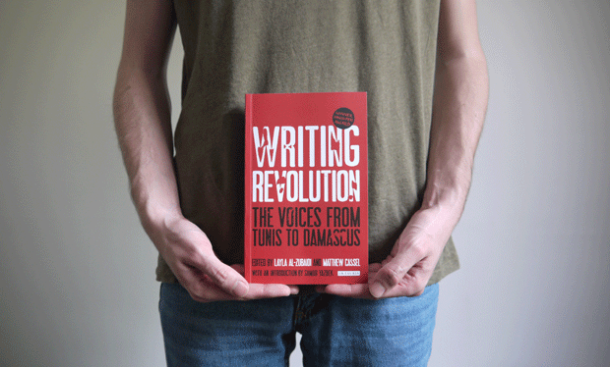