Lotte Crawford / Painting of the Week

‘Art & Life‘, is the current exhibition of Winifred and Ben Nicholson at Kettle’s Yard, Cambridge. The pieces within the exhibition – from depictions of daily life and household objects to land and seascapes – follow the span of their marriage (1920-1938) and beyond, with a few pieces made in the 1950s and 60s, showing the direction and subtle progression of these artists beyond their formative work. Exceptionally and singularly curated to emphasise the close relationship between the Nicholson’s and their circle ( a circle including artists such as Alfred Wallis, Christopher Wood and the potter William Staite Murray), it really is a rare treat given that most of the works come from private collections.

Ben and Winifred Nicholson are often exhibited separately, and though each of their works are independently powerful, it simply intensifies when seeing them sitting together. Whilst viewing 1920 (Tippacott) by Ben (below) and Tippacott (1920) by Winifred (above) the similarities and tensions between them truly become apparent. Winifred’s marks are fluid with a delicate perception of colour and composition. While Ben’s drawing is darker, structured and precise though still loosely drawn. When placed side by side, the paintings are complementary and revelatory in explaining the artistic process. They are at once emotional, expressive and technically refined.

I found that the exhibition partially asserted the influence of Winifred Nicholson’s early talent and its influence on Ben. By the mid 1920s Winifred had settled into her artistic style as a Colourist, and her work proved to be hugely influential within her circle. Jim Ede stated that she ‘taught me much about the fusing of art and daily living’, Ben Nicholson went further saying she taught him ‘everything I know about colour’. Later she wrote important essays on colour such as ‘Music is Colour’. There is a reference in the exhibition about a letter to Ben in which she expressed excitement that the punchy hue Jaune Capucine Foncé is a ‘rather a good pale pink’. Both then experimented with it in their work. 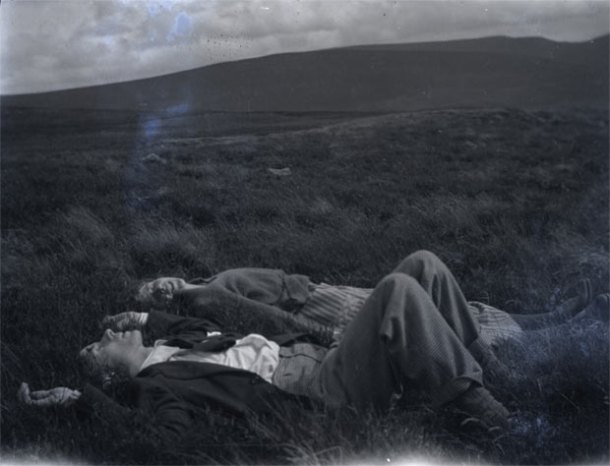 Winifred’s style continued in a similar vein (unlike Ben who agitatedly changed mediums and his artistic method through his life [especially when married to Barbara Hepworth]). Winifred’s sensitivity and inexorable skill to analyse and compose through colour is powerful and moving. ‘Colour is seen in the growing things’ she stated, and this I feel encapsulates her work entirely. ‘Art & Life’ brings together these many depictions of the same landscapes or still-lives and exhibits this as a strength of the group, whose many artistic voices are equally distinct. LC

Lotte Crawford is a London based illustrator and printmaker. You can find her work at www.lottebeatrix.com. 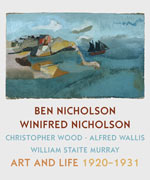 Art & Life: 1920-1931 is running at Kettle’s Yard, Cambridge, until 11th May 2014, before moving to Dulwich Picture Gallery from June 4 – September 21 2014. If you can’t make either journey, then get yourself a copy of Ben Nicholson and Winifred Nicholson: Art and Life which accompanies the exhibition.